“What can music bring beyond what we can see on screen?

The world of scoring and composition is often a solitary one. The visionaries behind famous themes and iconic musical passages are often shrouded in mystery. In this exclusive video interview, Arturia were able to get a rare glimpse into the artist’s studio, and the creative process of Alexandre Desplat during his work on Valerian and the City of a Thousand Planets.

The Sound of a Thousand Planets

To create a truly unique and fitting soundscape for Luc Besson’s sci-fi action masterpiece, Desplat decided to integrate the Arturia MatrixBrute - a hugely powerful analog monosynth - with the more traditional orchestral cinema soundtrack. In keeping with the galaxy-spanning nature of Valerian, MatrixBrute’s mastery over the tone and shape of sound brought the orchestral passages to another level.

For Alexandre, the primary concern wasn’t what equipment was used, but the realization of his musical vision. MatrixBrute helped him do exactly that. 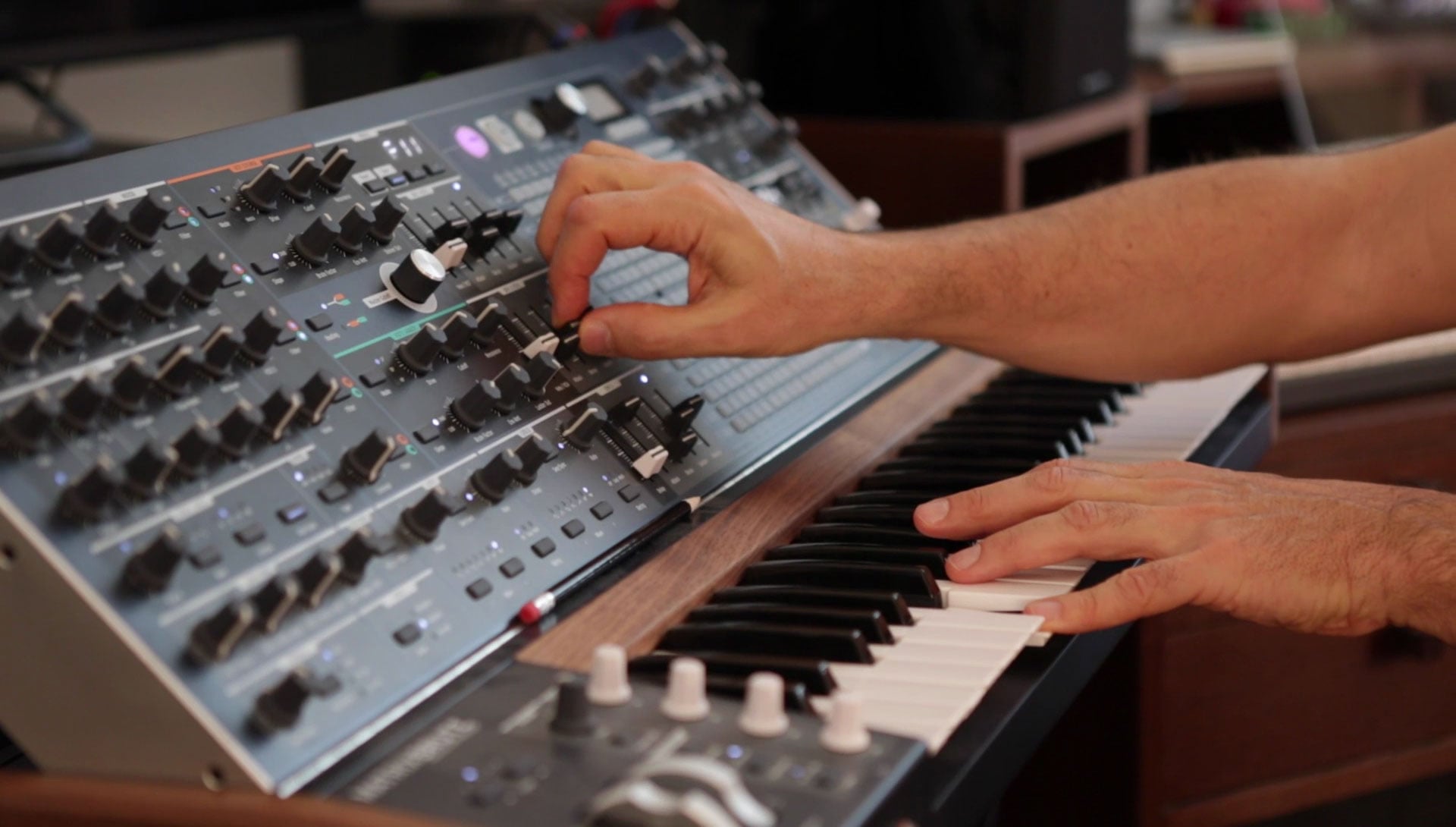 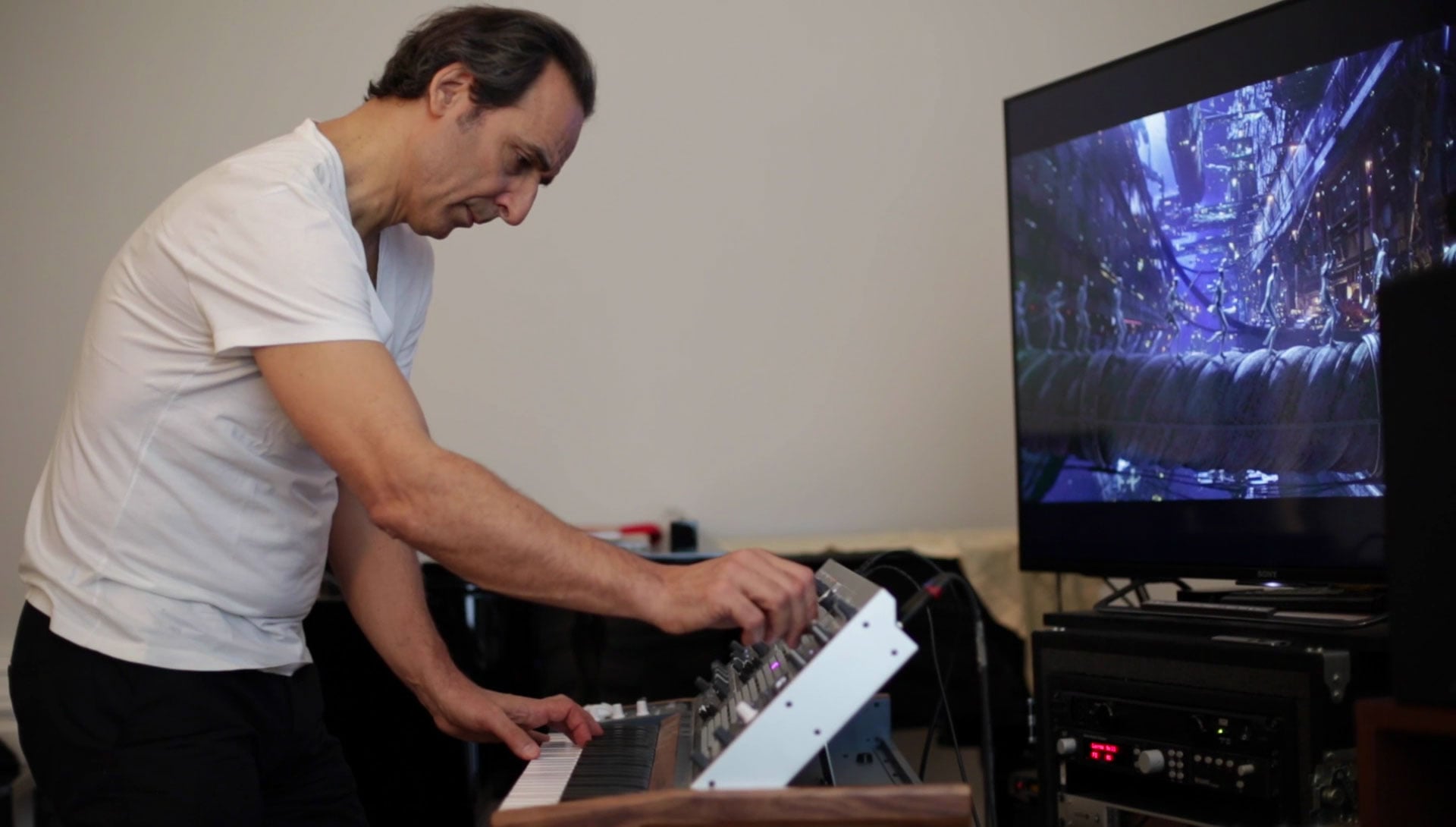 “...being able to explore new sounds, new acoustic worlds, the diversity of sounds offered by MatrixBrute lets me give rigidity to the orchestra; a rhythmic stability.”

For the Valerian score, Desplat made full use of this functionality to provide a strong, rhythmic backbone to the animated orchestral parts. Thanks to its 12 CV inputs and outputs and comprehensive MIDI connectivity, you can lock on to any outboard equipment or projects in your DAW and perform in perfect sync. Its use by such acclaimed musical legends as Desplat confirms MatrixBrute’s place as a true instrument, to be considered alongside traditional and contemporary classics.

“Even if I use a lot orchestra flourishes, when a sequence doubles a flute, it can happen so quickly, we can wonder what sound creates that musical moment. In these instances, I prefer to use MatrixBrute.”

A contemporary classic, MatrixBrute has one foot in the golden age of analog synths, and another in the modern era.

Combining the tactile, hands-on joy of the iconic instruments of the 60s and 70s with the time-saving convenience of modern digital gear, the MatrixBrute truly represents the best of both worlds.

“It is wonderful. It rightly brings us back to the end of 1970s. It also brings me back to the infinity of sounds I had the chance to discover in Arturia’s virtual instruments.”

Referring to V Collection - a selection of the most iconic synths and keyboards of all time rendered to software by Arturia - Desplat found that MatrixBrute possessed the same inspiring, magical feel as these legendary instruments. This similarity is no accident, as the same skill, the same attention to detail, the same knowledge, and the same passion drove Arturia’s developers, engineers, and sound designers to create a modern classic, inspired by the past, but built for the future.

Taking its rightful place in the world of professional audio, and already heard by millions around the world in the soundtrack for Valerian and the City of a Thousand Planets, the vast tone-shaping ability of Arturia’s powerhouse monosynth is already stunning musicians, performers, composers, and producers in every field and genre.

“... then I add the MatrixBrute, it anchors the orchestra.”

Passion and dedication as leitmotivs

Becoming an internationally acclaimed movie composer and conductor is never the result of improvisation and chance.

The only way to achieve it is through passion, dedication and an outstanding body of work.

Alexandre Desplat’s childhood was surrounded by music and multi-cultural influences, of French symphonist Ravel and Debussy, of world music, and of jazz.

He began playing piano and trumpet at an early age, before choosing the transverse flute as his main instrument. He attended the Parisian “Conservatoire National Supérieur de Musique” (CNSM) where he studied Musical Analysis with Claude Ballif and then Orchestration with the American composer Jack Hayes in Los Angeles.

A fan of “Absolute film”, he found inspiration in the works of Maurice Jarre, Bernard Herrmann, Nino Rota and Georges Delarue, and in 1977 Alexandre Desplat chose to dedicate his creative efforts to movie composition.

His professional career began in 1985, and gained momentum in the 90’s, when he worked with several French and European directors such as Philippe Broca, Francis Girod, and Jacques Audiard, whom he regularly composed for. 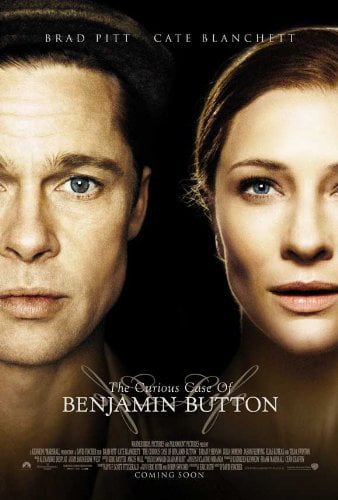 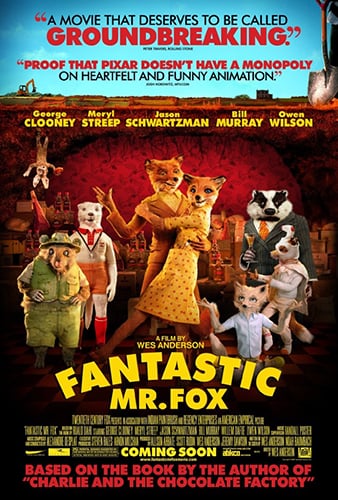 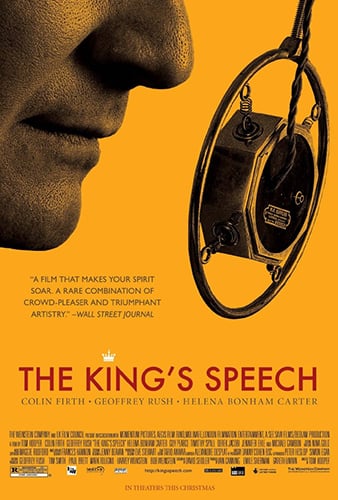 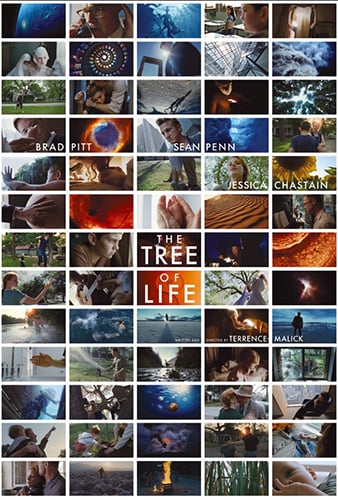 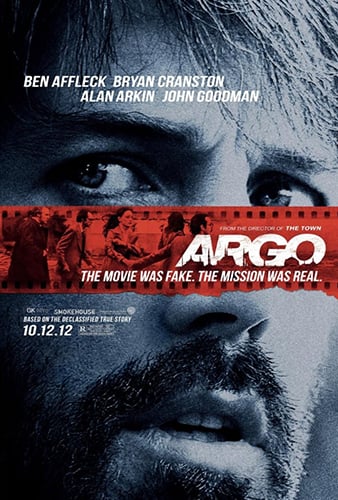 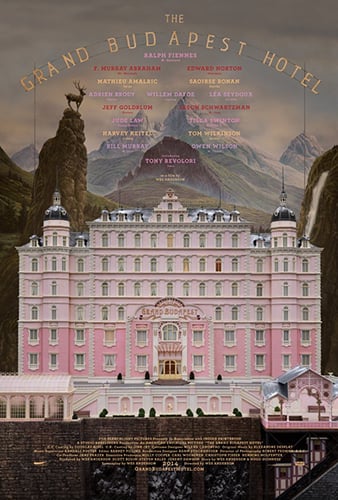 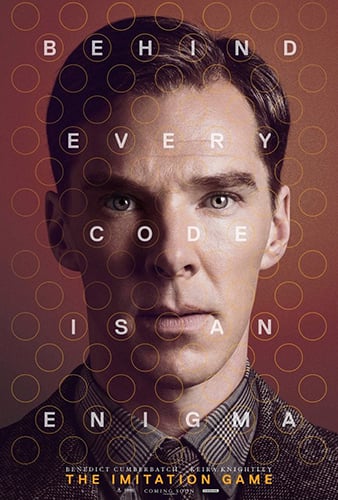 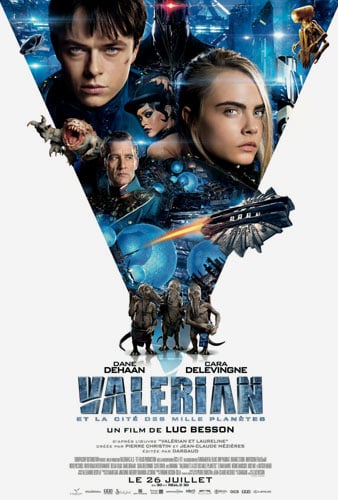 Alexandre Desplat soon began to gain international recognition for his work, and received many distinguished accolades and awards.

At present, he has been credited as composer for more than 130 movies, including iconic scores for the likes of The Curious Case of Benjamin Button (David Fincher), The Fantastic Mr. Fox (Wes Anderson), The King's Speech (Tom Hooper), The Tree of Life (Terrence Malick), and Argo (Ben Affleck).

In 2015, Desplat received his most prestigious awards to date. The scores for The Imitation Game by Morten Tyldum and The Grand Budapest Hotel by Wes Anderson were twice-nominated and awarded at the Oscars for the Best Achievement in Music Written for Motion Pictures. Desplat’s 71 other awards include other awards including a Golden Globe in 2007, 3 César awards in 2006, 2011 and 2013, 2 Grammys in 2012 and 2015 and 5 World Soundtrack awards between 2007 and 2014.

In recognition of his achievements in film music, Alexandre Desplat was promoted to Commander of the Order of Arts and Letters, the highest cultural award conferred by the French Ministry of Culture. 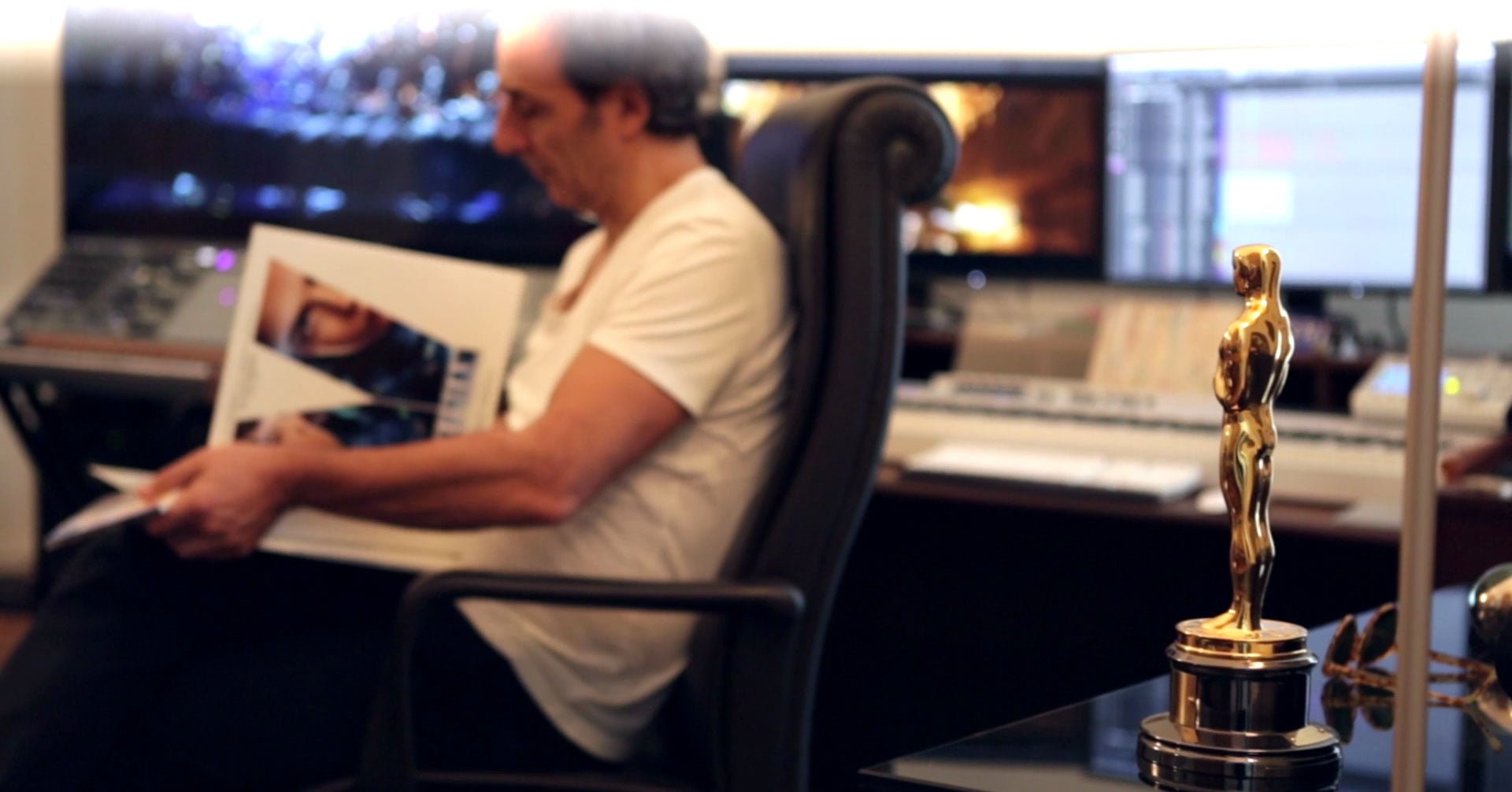