Do you have questions about the Analog Lab 4?
You will likely find an answer here:

What are Concerts, Songs and Presets?

A concert is a new concert introduced in Analog Lab 4.
The purpose of a concert is to let prepare a show, by packing a selection of songs inside of it.
To display the concert browser, click on the yellow Concerts button on the left of the interface.
The leftmost column will then show the available concerts list.

Each song is composed with several presets that can be carefully selected among the whole Analog Lab 4 factory database, plus your custom presets.
When importing a preset in a song, the preset is automatically duplicated as an Analog Lab 4 preset, allowing to modify it to perfectly fit your song, without overwriting the original one.

What is the Stage Mode?

An important point is that the Stage Mode is read only.
So once this mode is enabled, you can focus on your performance without taking any risk to overwrite your concert, songs and presets. 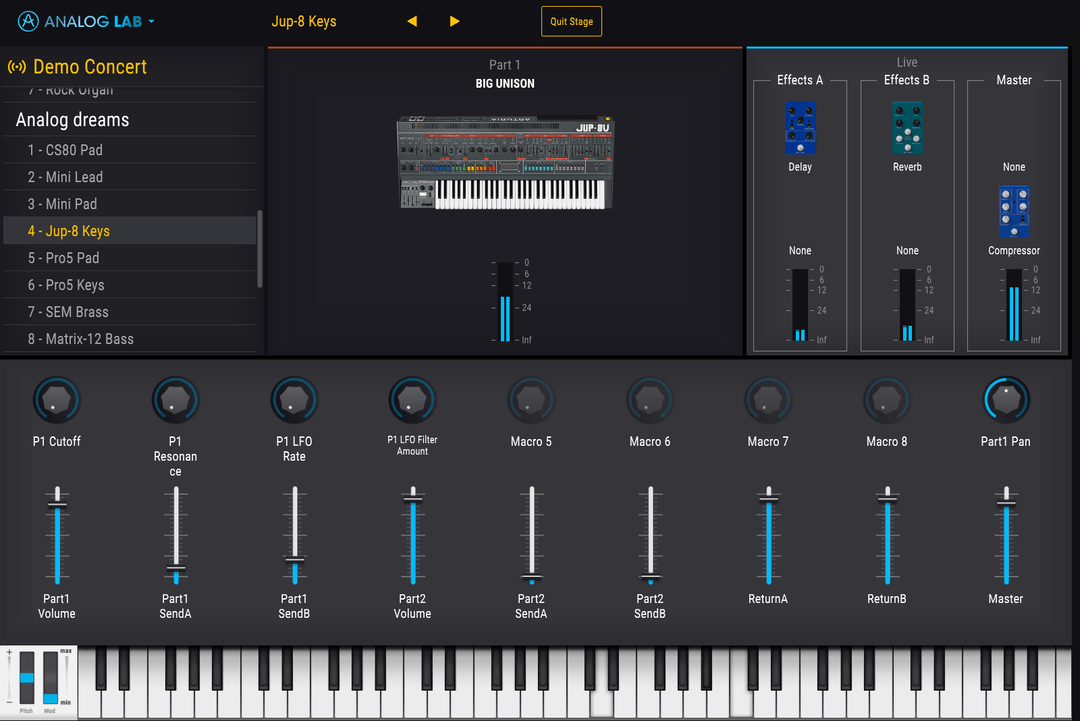 What is a Multi preset?

The Multi presets are exclusive to Analog Lab and brings additional functionalities that are not available on single presets.
This means that as soon as a Single preset is saved as a Multi preset, it cannot be opened from an individual instrument anymore.

It lets you to select two sounds and combine them in one layer or split them across your controller keyboard for simultaneous playability.
On top of that, the Multi mode offers two FX sends per part, with two FX return tracks and one master track. Each FX return and Master track offers two effects slots. 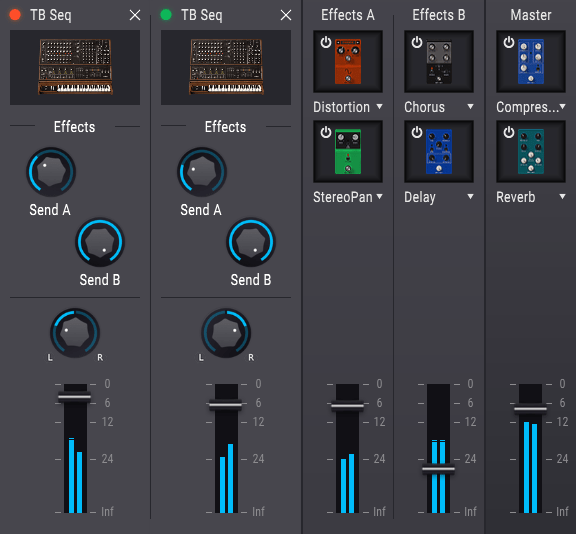 What is the Preset AI Recommendation?

One of the most amazing features introduced into Analog Lab 4 is its ability to recommend similar sounds using an artificial intelligence (AI) technology.
This system analyses all the sounds in your Analog Lab collection and makes recommendations based on sonic similarity.

To use this function, select a preset and click on the Preset recommendation icon.
This will initialise a scan of the preset.

Once the analysis has completed, a list of recommended presets will be displayed.

What is the Sound store?

The Analog Lab store lets you browse, preview and purchase any of the amazing sound banks created by our talented sound designers.
It can be accessed by clicking on the Store icon on the top right of the interface.

Once in the store, you can either explore our selection of sound banks, or check the ones you already own from the My Library section. 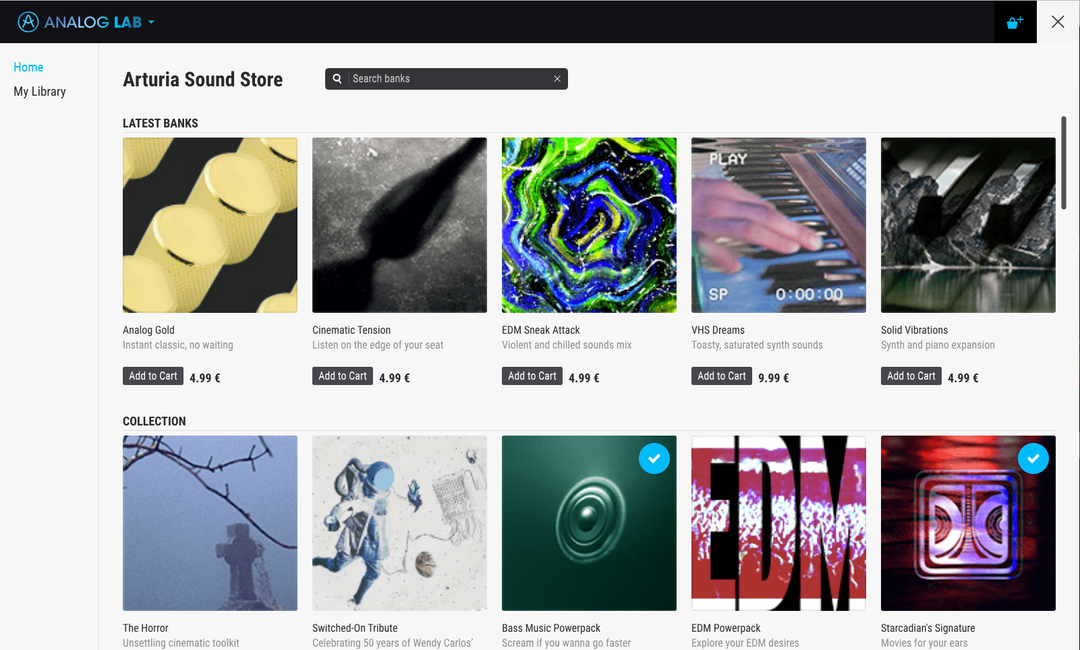 If you have any further questions, feel free to contact us.