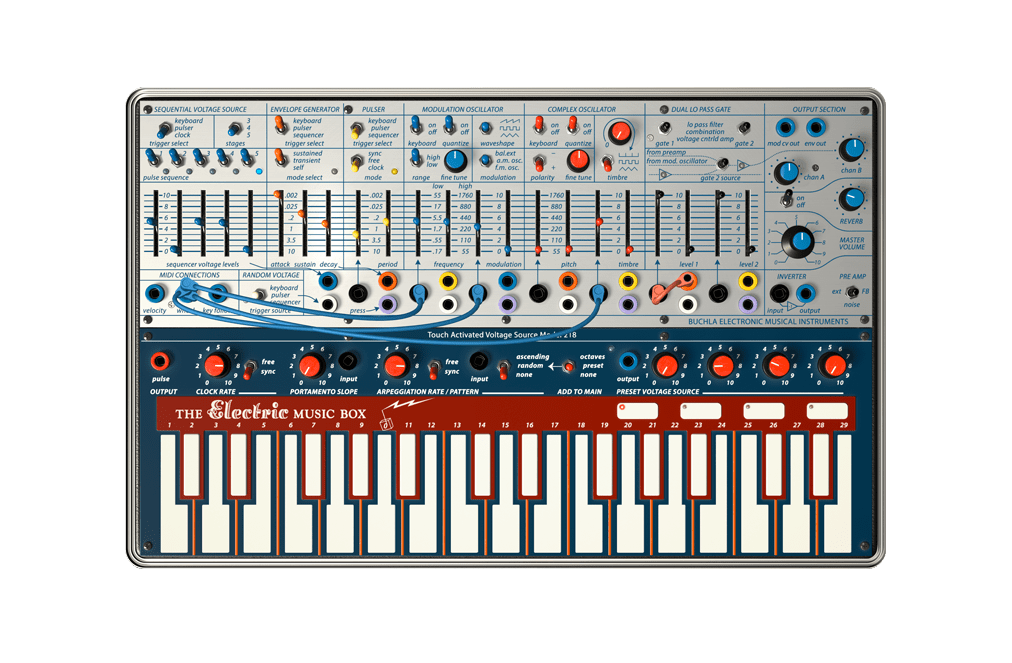 Check out some Buchla Easel V tips and tricks.

Use the envelope generator as an LFO

To use your envelope as an LFO this is pretty simple.

Simply set the envelope mode to self, the envelope will cycle indefinitely through it's stages and become a kind of LFO.
The faders controls the duration of each stage, allowing to generate versatile modulations.

Humanise your modulations with randomness per points

To humanise your modulations, you can apply randomness to each of your modulation curve points.
To do that, simply select a point and apply an amount of Random L and Random R.
This will display arrows around the point, and will randomly offset it's position, creating a very human feel and bring subtile nuances to your modulations. 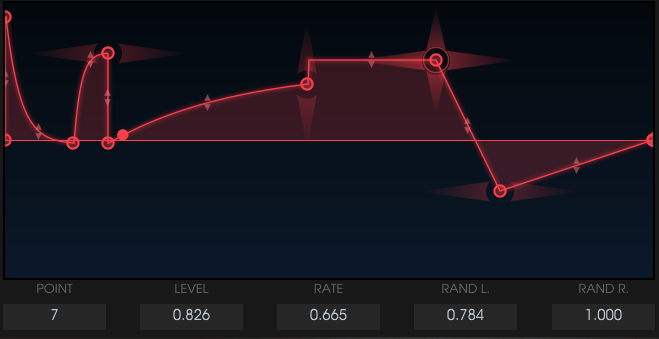 Thanks to the Left Hand, you can also modify the values of some switches like the sequencial voltage source stages, or the gate modes and create further complexity and versatility in your modulations.

As a example, here is what you can do:

As the Buchla Easel V is very special and less conventional than most of the other synths, here are few things that are useful to know.

As the Buchla Easel V is a modular synth, the sound design on this synthesiser is all about control voltages.
Consequently, you must use it's panel of connections to create sounds.
To understand how it works, please check below.

The Sequencial Voltage Source: Is a 3 to 5 steps step sequencer that allows to send:

Note: The pulse sequence switches allow to enable and disable the gates sent to the other modules having their trigger select set to sequecner but doesn't have any effect on the sequencer CV outputs.

The Pulser: Is a source of trigger that can be clocked from several sources. It can be trigged from the keyboard, the sequencer or from itself. 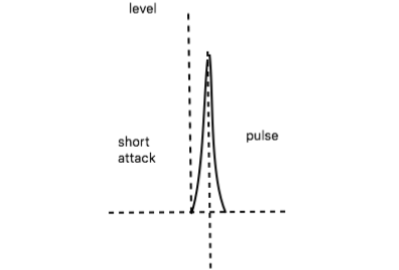 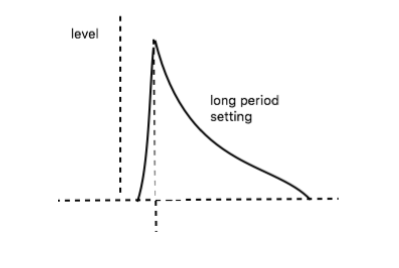 The Envelope Generator: This envelope is not a standard envelope. 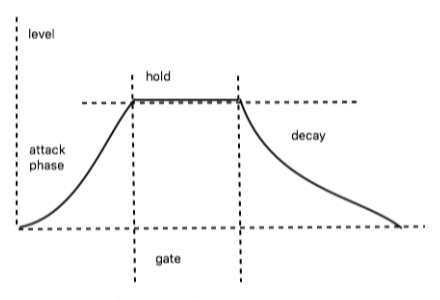 The Music Easel is composed of two oscillators.

The Complex oscillator: Is the main sound generator of the synthesiser and can by itself modulate it's timbre using wave folding.  (Like the metalizer on the Arturia Brute synthesisers.)
When you modulate the timbre of the Complex Oscillator from it's mod input, (With the Envelope Generator or a similar cyclic signal) the modulation will start at the point you’ve set with the manual slider.
It will then move up from this point, and return to that starting point when the modulation reaches the end of its cycle.

The voltage sent by the keyboard can be offset by the Preset Voltage Source when the selected preset is different than 0.

The output of the synthesiser is controlled by two Low Pass Gates (Gate 1 and Gate 2) and two volume controls. (Chan A and Chan B) 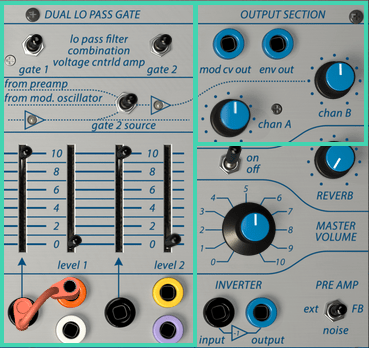 The two Low Pass Gates act both as VCA to control the amplitude of your outputs and as non resonant low-pass filters.
To get sound out of the output, you must open these gates.

To open these, two ways to proceed:
Note: The decay of the Low Pass gates can be adjusted from the effects section.

You can choose the Gate 2 sound source to come from either:

Note: When set from Gate 1, the signal is inverted between Low Pass Gate 1 and Low Pass Gate 2. Consequently, when using a mix of both, some phase cancellation occurs.

The Music Easel is an amazing performance synthesiser where it's keyboard has a very important role.
As the Music Easel V is a software, we decided to compensate this with the addition of the Left & Right Hand sections.

To make these modulation even more alive, you can set randomness on each of your curve points. It will randomly offset the point vertical and horizontal position.

Note: Things gets messy ? You can enable / disable the left & right hands thanks to the On/Off buttons on the top right of their logo.

Gravity is the third complementary section that comes in addition to the Left & Right hands.

The Graviry is a little X/Y modulation world where you can launch a ball that will bounce off the horizon walls and will collide/interact with objects placed in it.
This allows to create infinite possibilities of modulation and randomness.

The objects available to modify the path of the ball are the following:

(As with the Left and Right Hand you can enable/ disable it by clicking on the little red dot in it's logo top right corner.)
If you have any further questions, feel free to contact us.