Do you have questions about the Synclavier V2? You will likely find an answer here.

What is a Timbre, a Partial and a Time Slice?

The Timbre is the sum of up to the 12 partials that composes the Synclavier V engine.

Each Partial is composed of two digital oscillators, combining the principles of both additive and frequency modulation (FM) synthesis:

On top of that, each partial can be modulated over time thanks to the time slices.

Time Slices allow you to set up to 50 states of the 12 Partial Timbres over a total time of 5 minutes
Giving the ability to set parameter crossfades of up to 30 seconds between each Time Slices.

What are the Standard, Extended and Screen modes?

The standard panel mode streamlines the complexity of the Synclavier into macro controls.

It lets you modify:

Plus it gives access to more performance based controls such as the ARP, portamento etc... 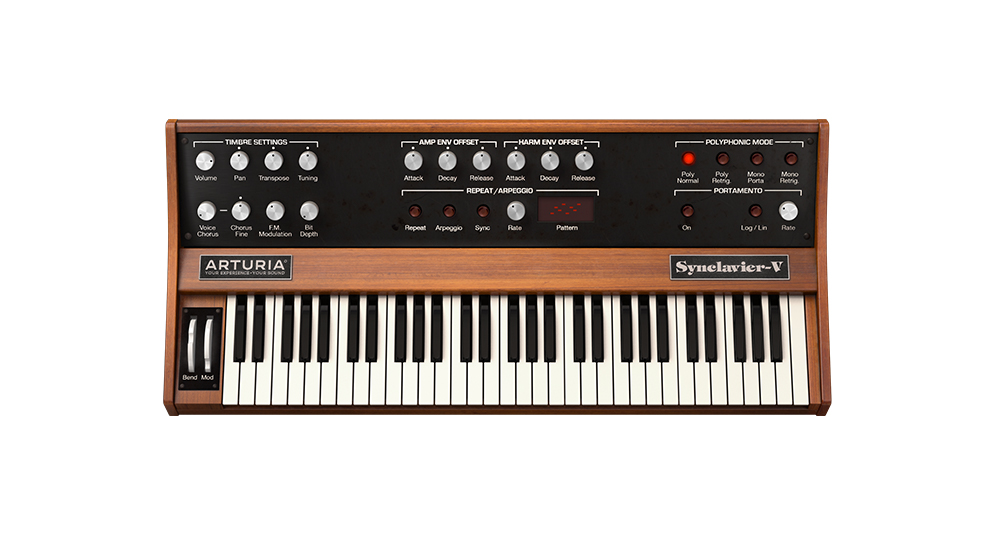 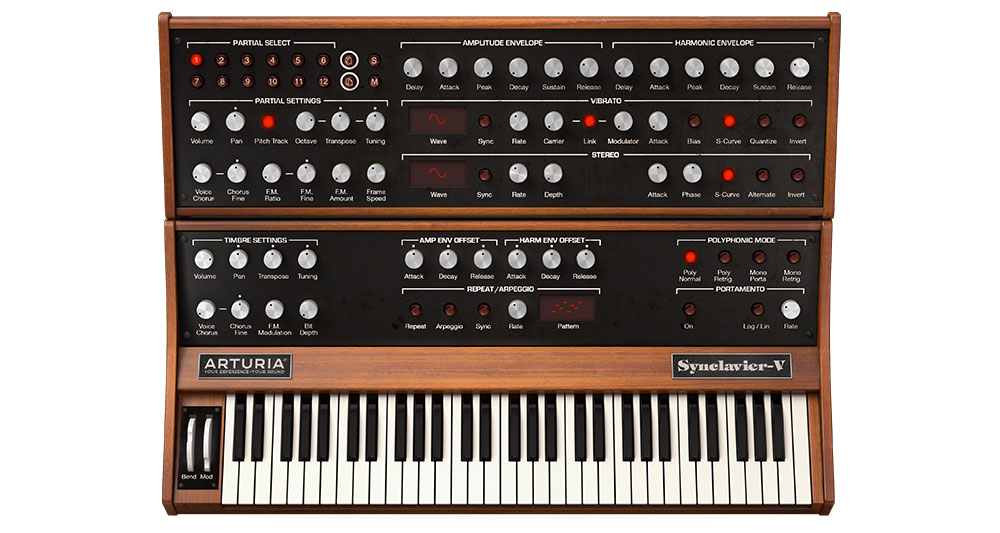 The Extended Panel mode lets you select and tweak any of the 12 partials independently.

For each partial, you have access to complete discrete controls on the:

The graphic display mode lets you dive in the deepest depths of the Synclavier V sound engine.

Here you can sculpt in details the Harmonic spectrum of the oscillators with FM synthesis, samples and even Resynthsis. all of this over time with the Time Slices. 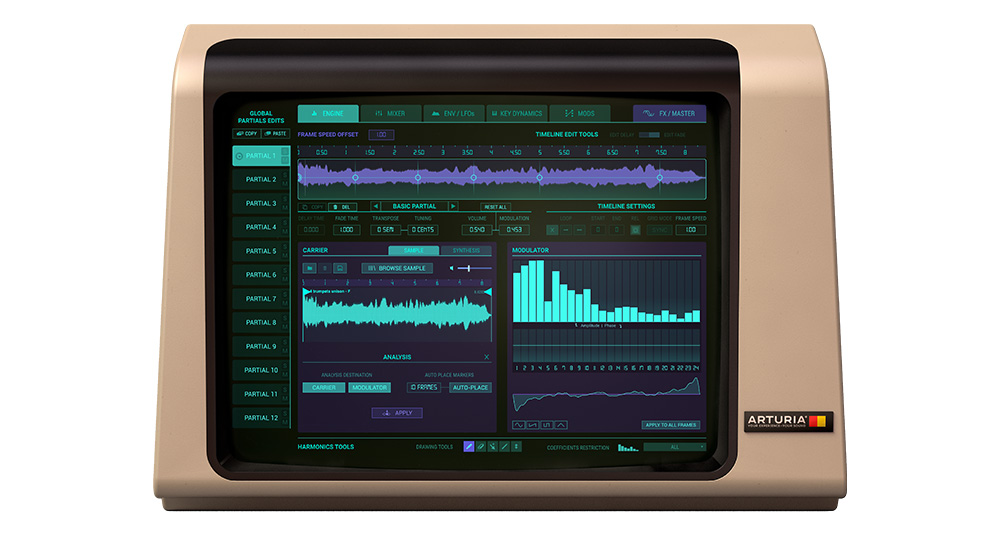 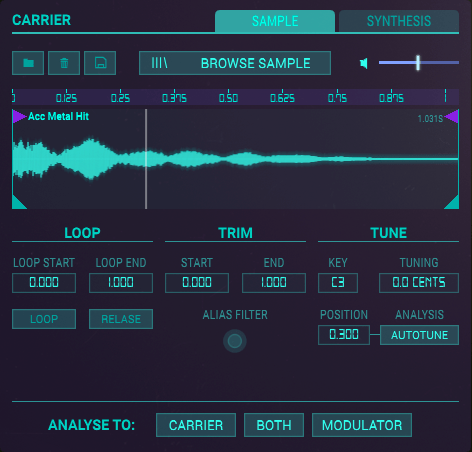 When loaded as is, samples can be used as carriers to generate the sound, and can be modulated such as a standard carrier wave in synthesis mode.

However, to be used both as a carrier and a modulator, the samples need to be synthesised thanks to the resynthesis function.

What is the Resynthesis? New

The Synclavier resynthesis stands as the process of analysing a sound source spectrum, and translating it into multiple time frames using the Synclavier synthesis engine.

In other words, after inserting a sample in a partial, you can convert it into a evolving waveform.
Depending of the sound source, it may result into surprising results with a particular and unique grain.

Once synthesised, the waveform can both be used as a Carrier and Modulator.

Once you have loaded a sample into a partial, see below how to translate it with the resynthesis function: 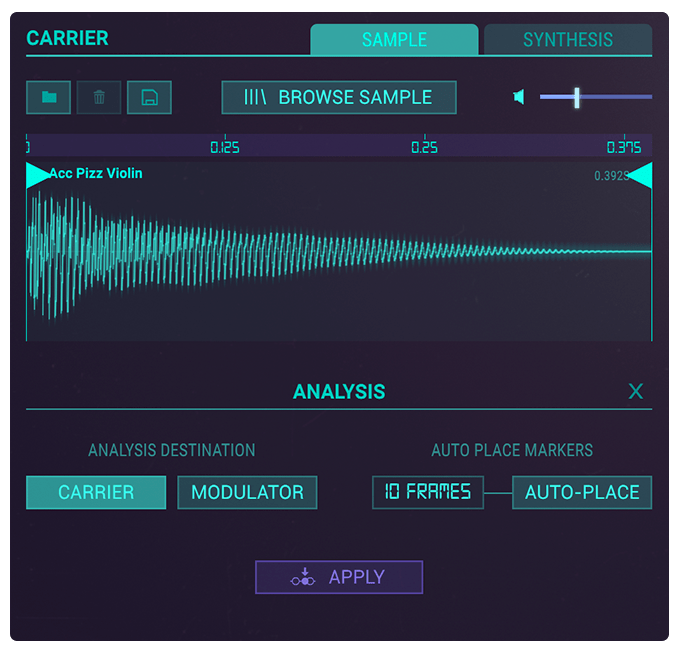 FM has no effect, why?

In case you are trying apply FM on your partials, make sure that the following parameters value is higher than zero.
Otherwise, the frequency modulation won't have any effect.

Only the first partial produces sound, why?

When starting a new preset from the Simple Sine template, you may notice that only the first partial can be heard. Don't worry, this is normal.

Per default, the unused partials volume are muted in the mixer.

To hear the other partials, simply raise their respective volume sliders.

If you have any further questions, feel free to contact us.