Kannon “Caviar” Cross is a West Coast producer, having grown up and witnessed first-hand the growth of the gangsta rap movement. Now producing other acts along with his own material, Caviar tells us about this upbringing and how he gets motivated in the studio.

“It all started in growing up in Compton & the influence of the city & its culture.”

“Surrounded by gangs and drugs, there weren’t too many places to go and be creative in the city, unlike New York. Hip hop on the West Coast was during an era that was full of police brutality and violence, but there was one house in my neighborhood on the South Side of Compton where the legendary DJ Train lived along with his brother Tootie, and this is where everyone would hang out and do music. I mean they had it all: SP-1200, TR-808, MPC60, turntables, you name it. This is where Mc Ren & Eazy-E and Dr. Dre / Ice Cube & Above the Law, Kokane etc. would come to work on music and write lyrics. Train & Eazy would also take me up to Audio Achievement studio in Torrance where they made the Straight Outta Compton album and I would watch and get firsthand experience on how records were made, and I've have been in love with the process ever since.”

“I formed my own crew, Torture Chamber.”

“I was a young artist before producing and Torture Chamber, which was led by The Night Stawka (DJ Train’s brother), were my producers and that was the start of my production skills because this crew had dope musicians. I learned how to form a crew and how to work smarter and be able to do more projects with a team of producers which is how I went on to start Ft.Knoxx productions, and now my new team the Secret Specialist. Being the front person and using my experience and knowledge I am able to help my crew get more work and land placements with chart topping artists.”

“My approach is simple because every artist is unique, like working legends such as DMX, Ice Cube, Xhibit, and Timbaland. For me, I just find out what it is that they're looking for and I just vibe from there. The most important thing I've learned as a producer is that you must take control and give direction similar to an actor from a director in film.”

“Everyone that knows me knows how much I love drum machines, I think I've tried them all throughout my career. DrumBrute is my new best buddy simply because you can just ‘plug and play’. I love the swing effect and I like the randomize option once you've made a fresh beat, and how you can tweak the sound and make them custom is awesome.”

“I particularly like the crisp, clean and clear sound of the DrumBrute. It’s great because I can make all genres of music with it.”

“I like to use the DrumBrute in sequencer mode when we are making live tracks. I like it because it's ready to go I don't have load up any sounds; I can just create and start vibing along with the rest of the Secret Specialist crew and that allows me to make music faster and still have a fun experience.” 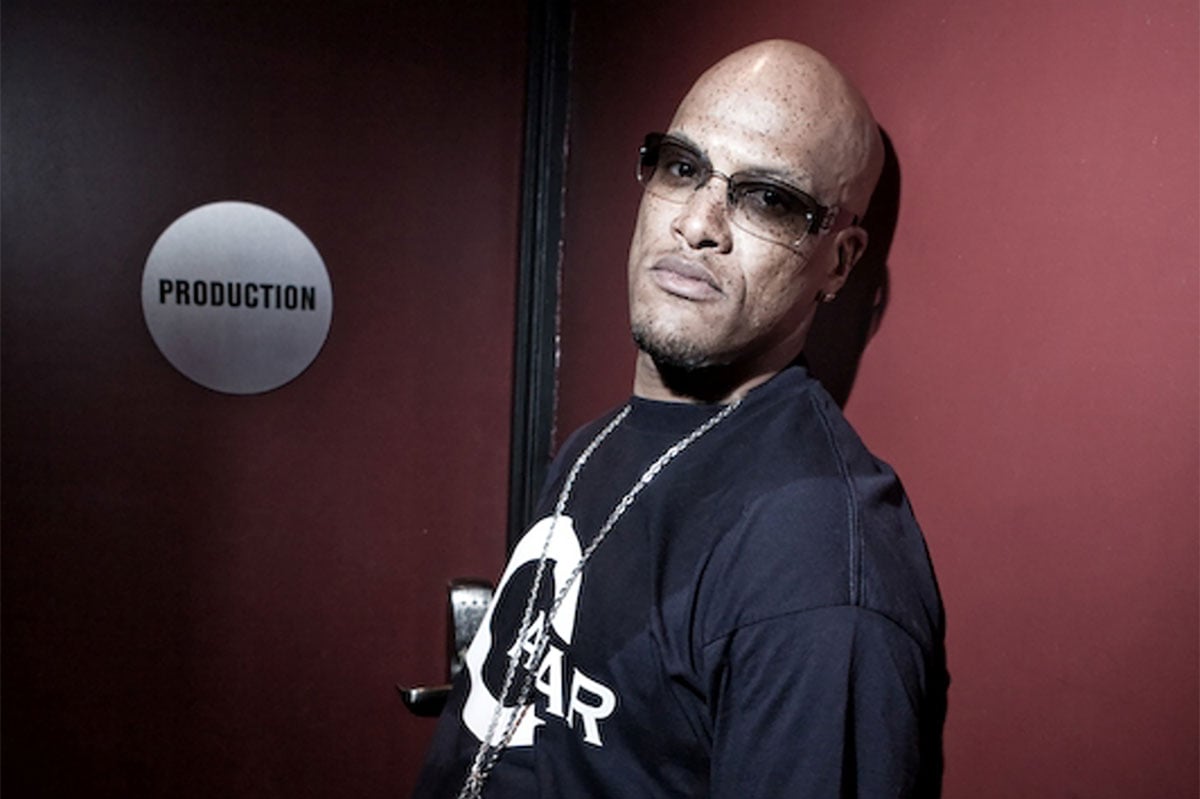 “My signature sound… I would have to say there is a certain feel my music has because of my approach and the energy I put into it. My key component would be my drum patterns and infectious melodies which gives it flavor and makes it Caviar, similar to someone who cooks food with love; it tastes better.”

“My label, Kannon Entertainment, has a roster with lots of new and exciting artists such as Nigel Stargate / Tyhiem/ Chi-King & Rj 2.Letters & Joe Whisper + actor / singer Keith Robinson will all be releasing new projects in 2017. It's always fun producing new talent, I love the creative process.”

“Be on the lookout for new CAVIE project soon called "The Antidote," it will be similar to Dr. Dre's classic ‘The Chronic’ simply because I plan to focus more on production. Although I will appear on the project I will produce it along with my Secret Specialist crew. I will introduce new artists on the album as well. I want to show my diversity as a producer on this album.”