Meet Molécule, an experimental musician who pushes the boundaries of electronic music with a focus on live performance, and a love of extremes.

Hailing from Grenoble in the French Alps, also the home of synth-makers Arturia, Molécule now lives in Paris, where has bases himself between travelling to work on new projects and albums. 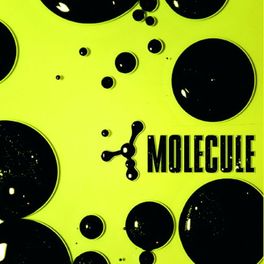 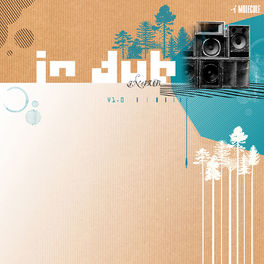 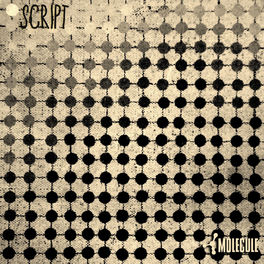 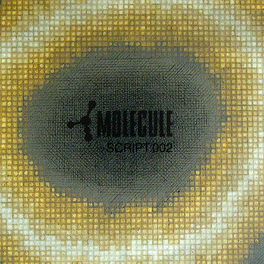 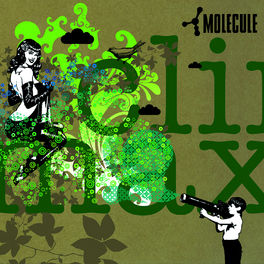 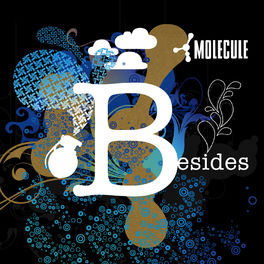 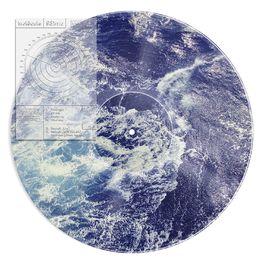 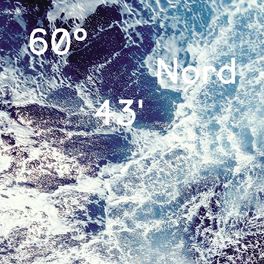 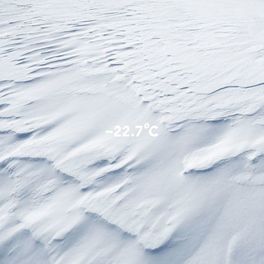 I am a self-taught musician, I started learning the guitar on my own. It’s still an important instrument for me, as it lets me explore ideas for compositions and harmonies for my songs.

Stepping back from his studies in 2002 to devote himself fully to music, after four years of cultivating a unique style and sound, he released his first album in 2006. His style is hard to pigeonhole, but easy to enjoy. Combining progressive elements with traditional techno, a focus on performance, and ambient sounds proudly influenced by his love of Pink Floyd and Massive Attack. To create music that’s challenging, Molécule feels he must challenge himself.

For my last two albums, I completely immersed myself in the music, and created it in unusual environments, dominated by nature. The sometimes extreme weather conditions helped me make field recordings and gave me inspiration for my albums.

Taking influence from the likes of Georges Perec’s "La Disparition" and the Dogme 95 cinema movement, where creative works were made with restrictive rules set in place to focus creativity, Molécule created his own restrictions to channel his music-making. Rather than creating films using with hand-held film cameras, using no effects, filters, and doing everything on-location like Dogme 95, or not using a single letter ‘e’ like "La Disparition", for his most recent albums Molécule has created a “Dogme” of his own.

It is a very personal approach, but it also allows me a sort of freedom, an instinctive approach that lets me avoid the conventions of particular music styles. Through this, my music is created around sensitivities, sensations, warmth, color, emotions, rather than pure melody. 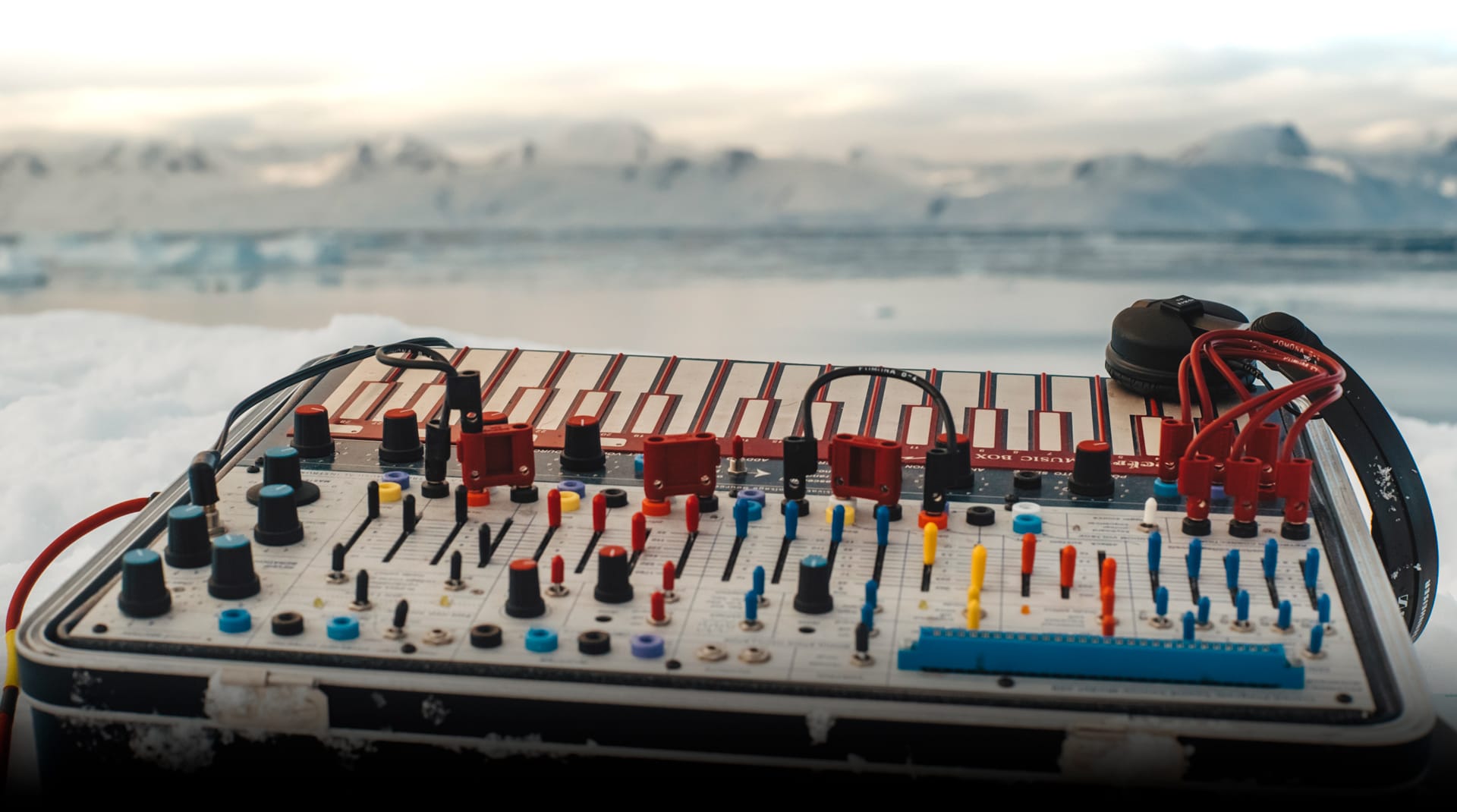 For his latest albums, Molécule has not only explored the world of sound, but the sound of the world, creating music on the high seas aboard a trawler for "60°43' Nord", and on Greenland’s ice floes for "- 22.7°C".

It's a question of immersing myself in an atmosphere

For me, “atmosphere” refers not only to sound, but also to conditions that get me out of my comfort zone, to break my habits, and reconnect with a more vibrant, visceral side of nature. Once I’m in that mental zone I can start a blank page with new constraints, build my creative setup in the field, and start working.

Driven by the initial concept, Molécule was excited by the prospect of bringing the energy and atmosphere of intense human experiences to life. For his most recent releases, this has been the danger of facing a storm on the open sea, and the isolation of silent, frozen world. The context of each location let Molécule experiment with sounds and tones that complimented and reflected the environment he found himself surrounded by. 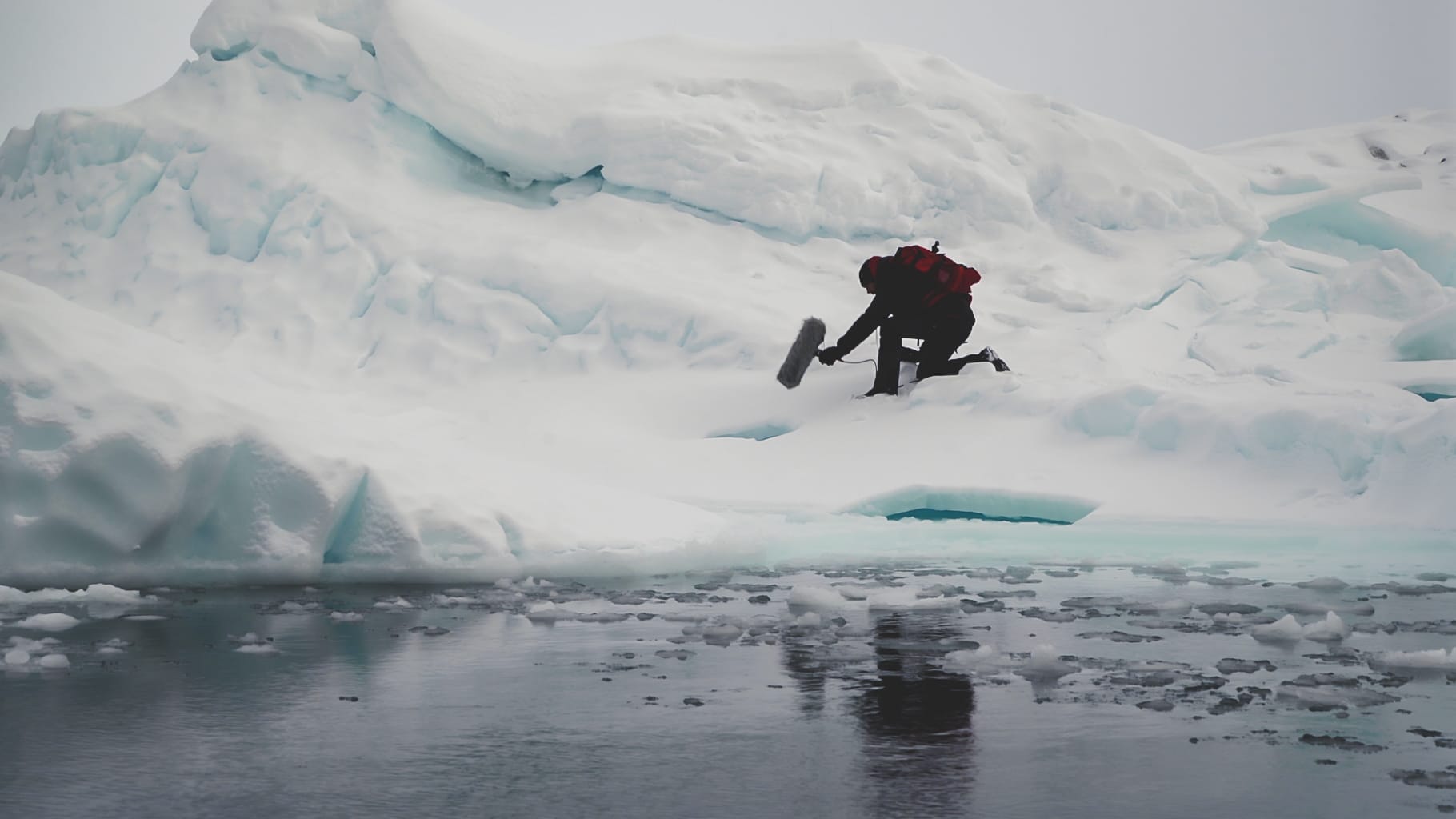 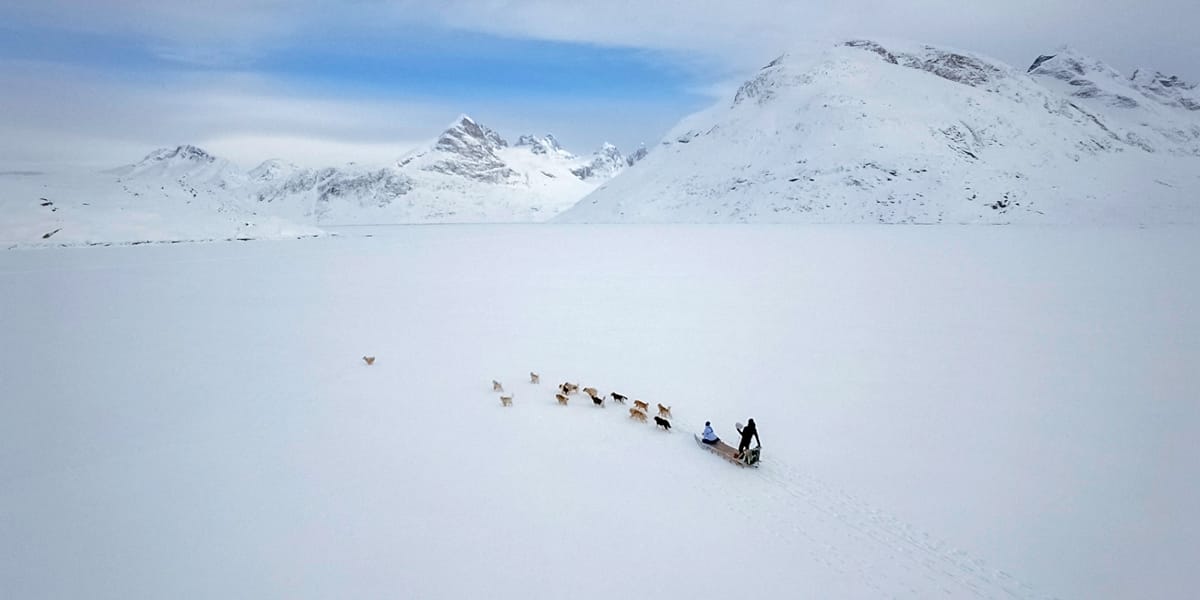 Rather than simply capturing the sounds around him, a style known as “musique concrète”, Molécule blends field recordings with synthesizers and drum machines, preserving their essence, but giving them musical support that accentuates them, whether it’s howling huskies, frosty breathing, or crashing waves. He also approaches each project with intentional ignorance, so that his preconceptions don’t colour his experience or creative outcome.

I care a lot about the environment. The "militant" side of my approach hopefully brings my listeners closer to things that we, as humans, have a tendency to move away from. I feel that through this method, it’s possible to be more attentive, to connect with people, and to let them feel a connection with nature.

Contrasting the chaotic storm with the silence of the icefields back to back, creating music in such unpredictable, often violent environments is a challenge in itself. We asked Molécule about his most recent experience in Greenland:

There was just an overwhelming feeling of fragility. When we arrived in the hunters' village where we were staying, the ice wasn’t very strong even though it was winter. The sled that was carrying my recording equipment almost fell through the ice! We only had about 4 hours of sunlight each day, and the living conditions were not the easiest: freezing cold, no shower, no toilet, no running water. It's all these emotions and physical sensations that my album transcribes, alternating between oppressive, anxious themes and very calm, contemplative pieces. 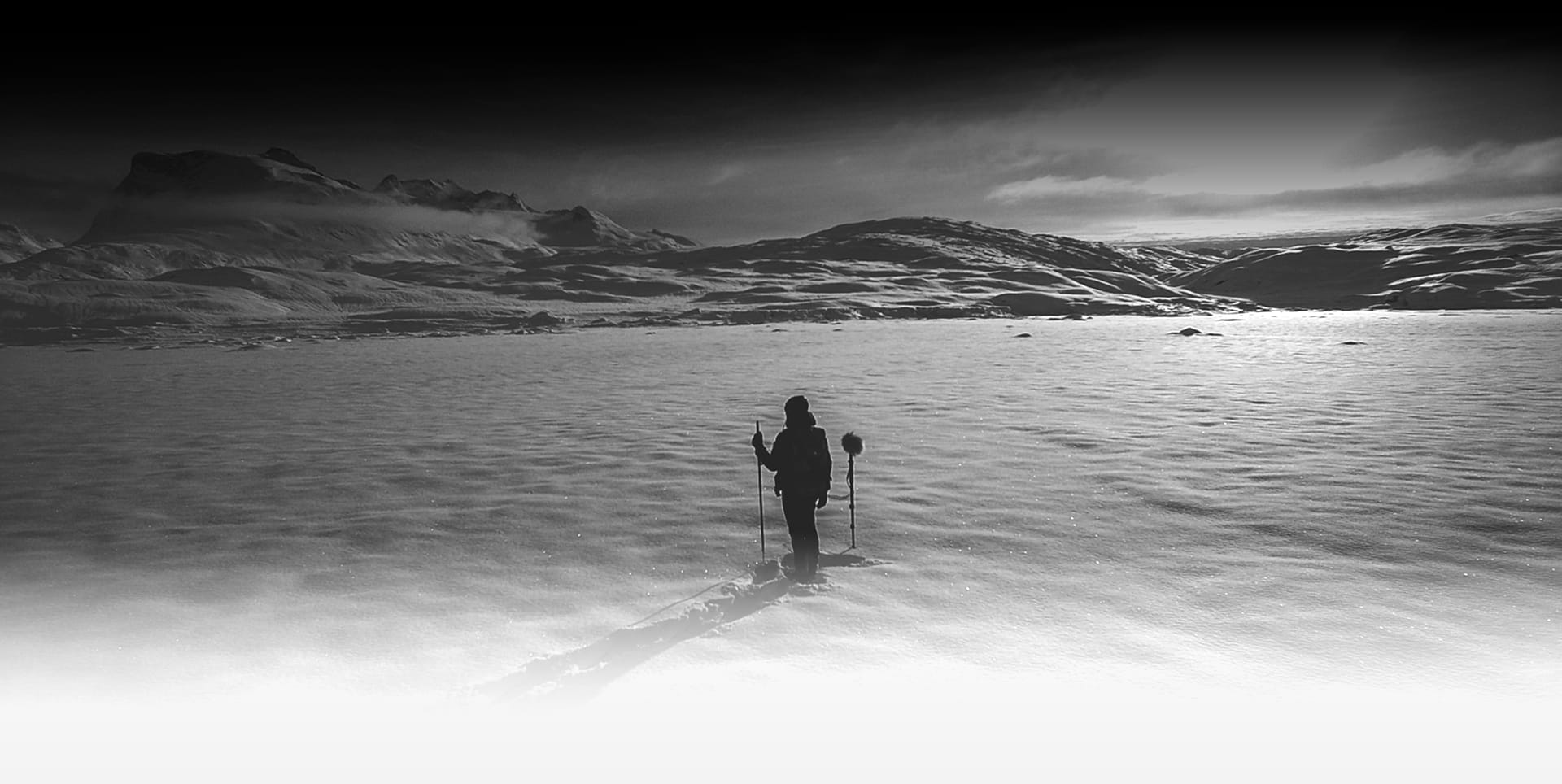 It’s about the journey, not the destination

When setting off on a musical endeavor, Molécule likes to keep his mind free of ideas, letting inspiration come to him instead; but what equipment does he use to capture these sparks of creativity?

I particularly like old machines. They naturally have constraints and limitations which echo my approach. I also will inevitably make mistakes, or “happy accidents”, which then simply become part of the whole experience.

To capture the field recordings and textures in his tracks, one of the methods he used involved a set of binaural in-ear microphones to record the sound as he hears it. This gives extremely immersive results for the listener. On top of the recording equipment, he also takes a laptop loaded with a DAW, and his tried and tested selection of EQs, reverbs, and compressors.

Arturia plugins are also a great complement to the machines I use. Their flexibility is a very big advantage. 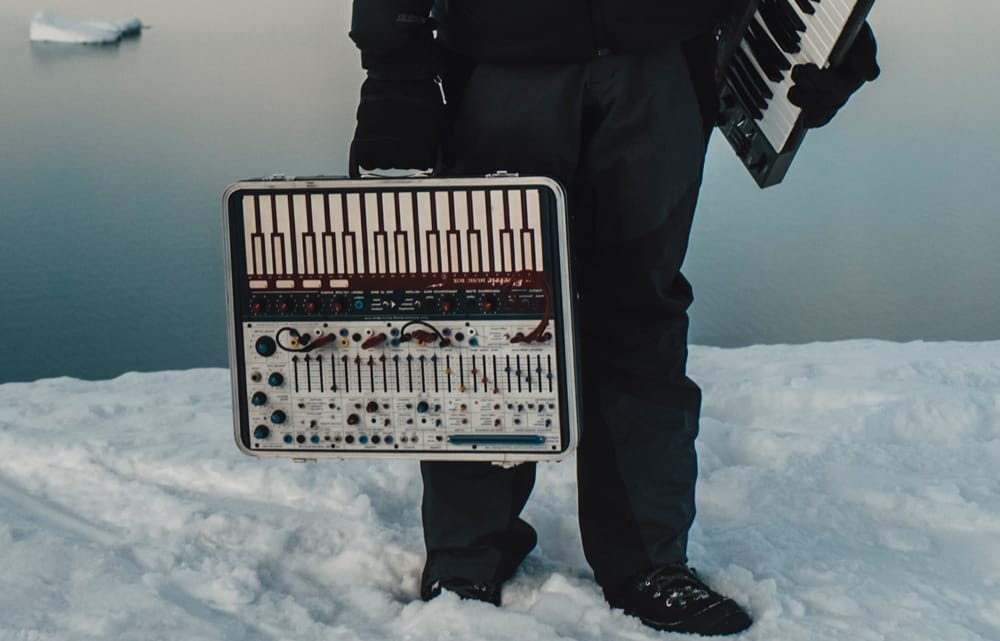 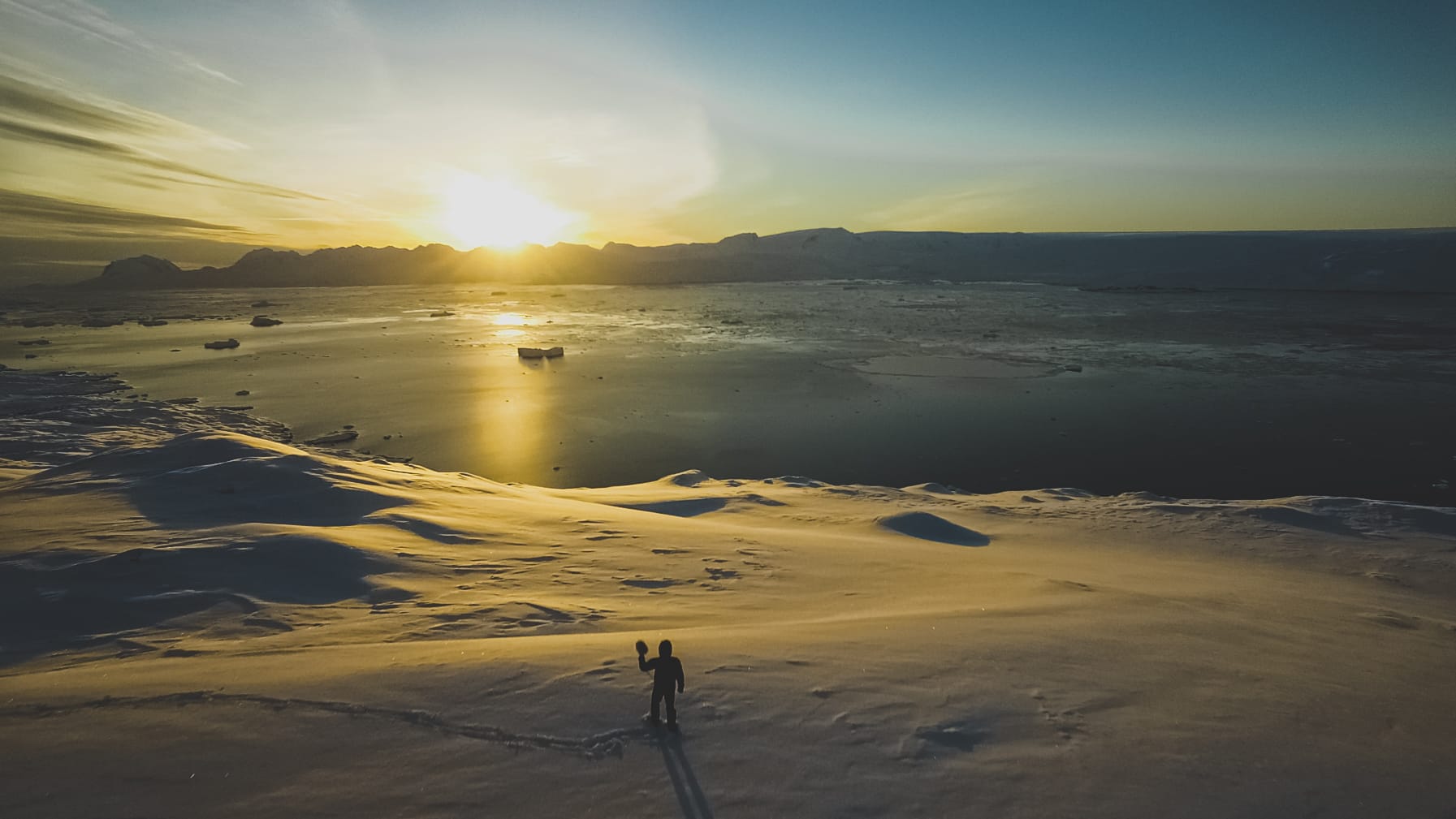 I do not see myself as a purist, and I don’t forbid things if I know they can lead to a better end result. This is also the case with regard to the constraints that I impose on myself. Their goal is not to stop me from doing anything, but to allow me to achieve a particular result.

Although he works alone to create his music, Molécule collaborated with photographers and filmmakers in his most recent album. 2018’s "- 22.7°C" will also be accompanied by a photo book and video documentary, giving the audience a fuller understanding of the project and concept.

We often work alone during the production phase of a project, but I was fortunate to be able to build relationships and affinities that sometimes led to a mutual desire to collaborate. This "prism of collaboration" can be a real source of pleasure. 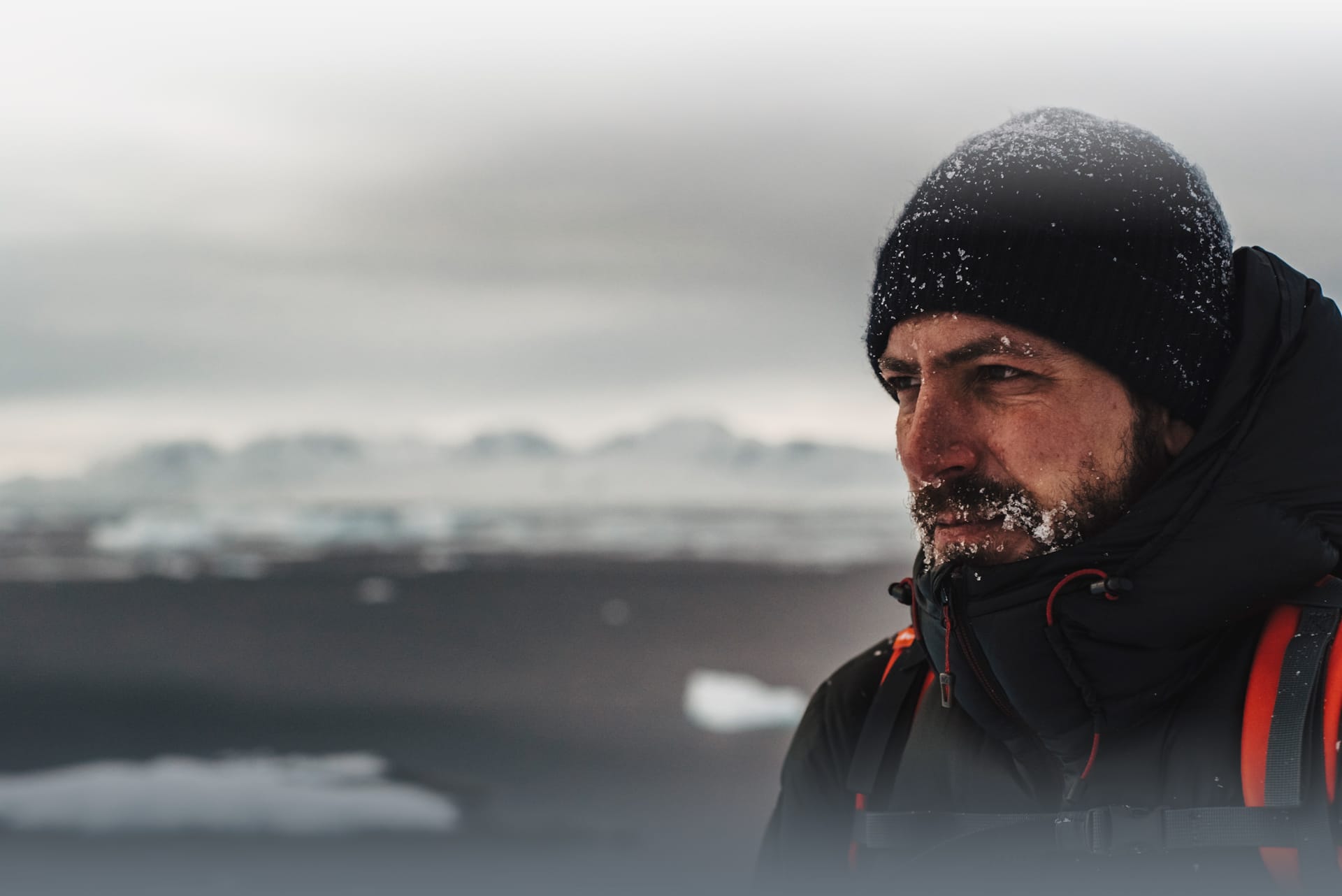 Tools for the sonic explorer

An avid user of the original hardware synth, he has also grown to love the expanded software version: Buchla Easel V. 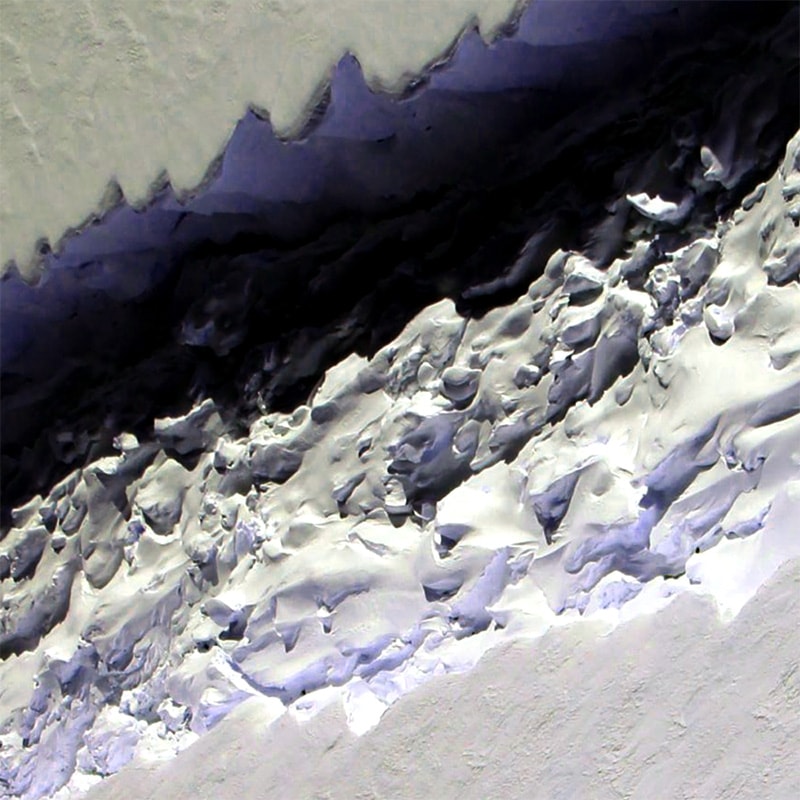 An exciting collection of sounds for the Arturia Buchla Easel V created by French music producer Molécule. A long-time Easel user, this sound bank gives you precious insight into this fabled instrument, and rewards you with instantly usable, fantastic sounds.

A collection of 30 compelling presets that explore the more performance-focussed aspects of the Music Easel sound, Molecule has created an inspiring mix of leads, basses, pads, and sequences that will spark your imagination, and give that certain something to your tracks that only the unique timbre of Buchla Easel V can offer.

With its almost otherworldly controls, the prospect of mastering Music Easel V can be a little intimidating, but thanks to Molecule’s deep understanding of the instrument from years of live performance, you now have access to some of his iconic signature tones. Key parameters have been mapped to the mod wheel, so you can transform these sounds to create highly expressive performances with ease.

Molécule’s globe-trotting sonic adventures have taken him to caves, forests, and even igloos to perform. Thanks to Molécule’s Signature, you can experience his mind-warping sound from the comfort of your home studio. 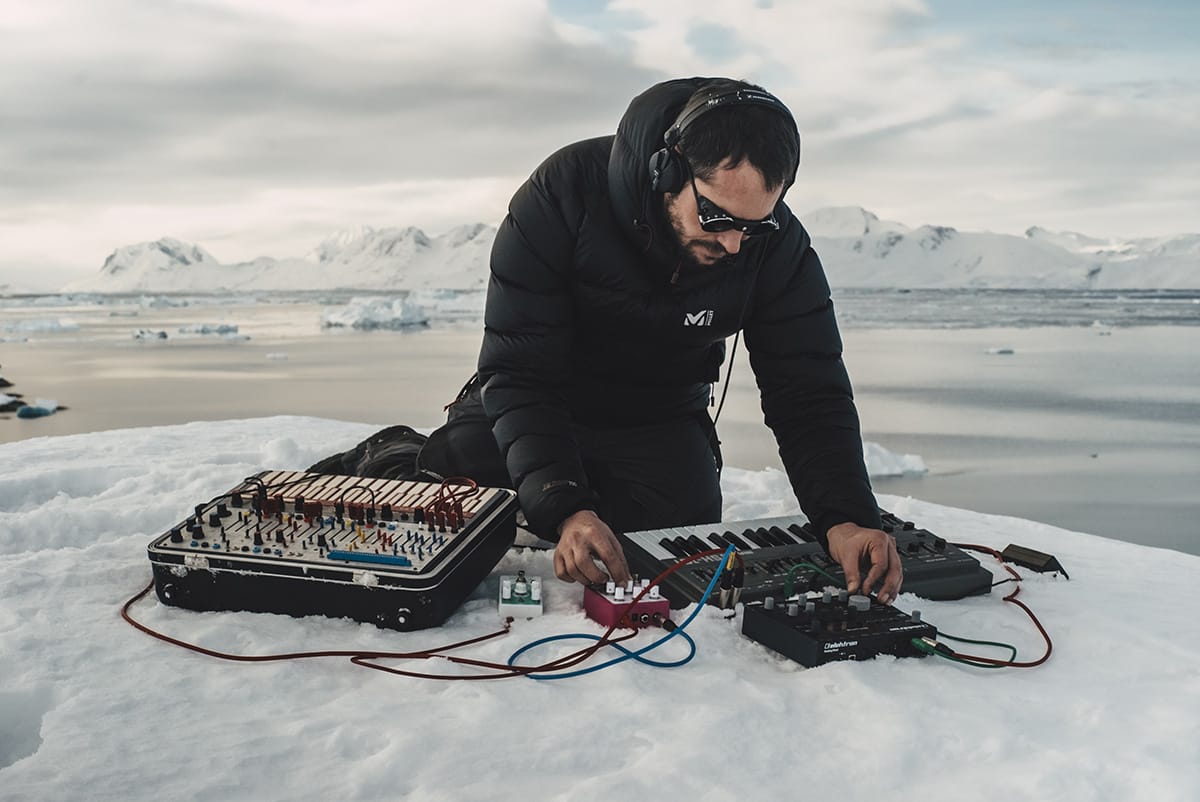 The original Music Easel is an essential part of my setup. It looks playful, is pretty unconventional in terms of ergonomics, and its potential for experimentation is pretty crazy, not to mention its very unique sound. It's a bit like the EMS Synthi AKS, both are quirky instruments you can create a real relationship withl. It’s not always a relationship of trust, though; it can be a little unpredictable. I use it for different types of sounds, such as leads, basses, effects, not necessarily for use in harmony but very generally for predominant sounds in my songs.

With the Easel, even if you’re comfortable with what you started with, you’ll rarely end up somewhere you expected.

True to his experimental nature, and despite owning the original synth, Molécule has been using Arturia Buchla Easel V since its release in December 2017. Its expanded capabilities, edit functionality, programmable hand features, and whole new physics and movement-based sound engines, lets users experience and explore this cult synthesizer like never before.

I am totally open about the material I use to create my music, so I welcome this type of virtual reproduction with great pleasure.

In the spirit of collaboration, Molécule has used his extensive knowledge and hands-on experience with the original synth to create a sound bank for the Arturia Buchla Easel V, comprising of 30 compelling presets that explore the more performance-focussed aspects of the Music Easel sound. An inspiring mix of leads, basses, pads, and sequences that will spark any musician’s imagination, and add that certain something to tracks that only the unique timbre of Buchla Easel V can offer.

With its almost otherworldly controls, the prospect of mastering Music Easel V can be a little intimidating, but thanks to Molecule’s deep understanding of the instrument from years of live performance, this collaboration gives you access to some of his iconic signature tones. Key parameters have been mapped to the mod wheel, so you can transform these sounds to create highly expressive performances with ease.

I started by looking at my Music Easel, and recreating a number of presets that I use on stage. This was a bit of a mistake, and once I realized that the software version let you go much deeper in terms of sound creation, I started to explore and create new patches that I would use in the future. I experimented with unique timbers, things that create my universe of sound, with their own unique dissonance and peculiarities, and even more conventional sounds, although with my own “Molécule touch”. 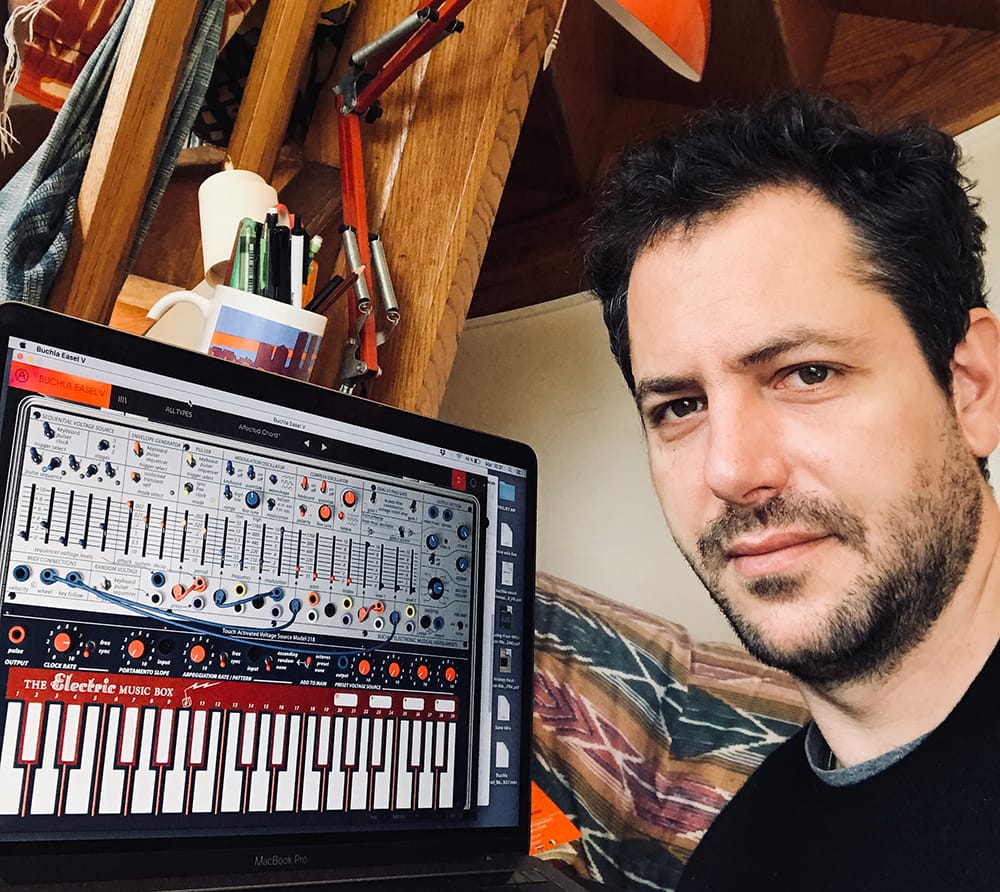 For this genre-melting sonic explorer, there’s always another adventure on the horizon:

'm actually touring in France and around Europe, and then further afield from 2019. I'm also finishing off the virtual reality experience that will allow the user to experience this sensation of “deep listening”, both to the isolated ice fields, and also to my album “- 22.7°C”.

Every step of the way, Molécule has been working side by side with Philharmonie de Paris and the French Ministry of Culture. The final production will be distributed through the VR portal of French culture TV channel ARTE, which also co-produced the project. Plans are also being worked out for a performance at various festivals and concerts using 360° screens for maximum immersion.

Now that I have started down this particular avenue of creative process, I think I would have a hard time returning to work in a traditional studio environment for my own projects. It has become the source of a real sense of human and artistic accomplishment.

To hear Molécule’s music, check out his SoundCloud, or any music streaming service. For more information on his upcoming projects and tours, head to his website.