More than a Resemblance

A giant has come back to life. Oberheim's legendary SEM - Synthesizer Expander Module - is back for the first time as a high-end software emulation powered by Arturia's exclusive TAE® technology. 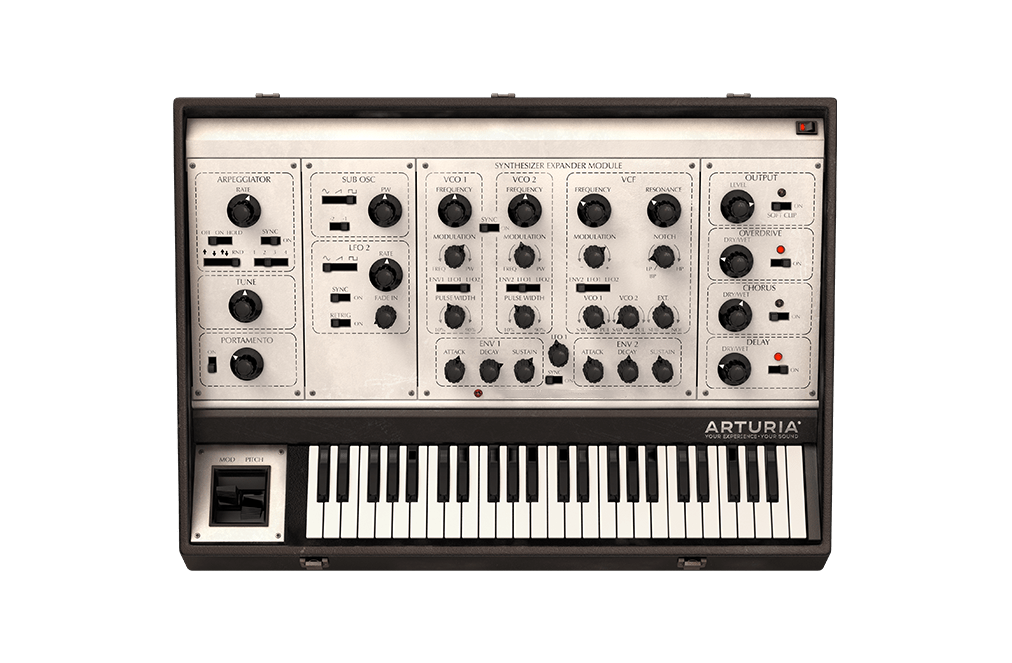 The SEM module was originally made to compliment other synthesizers but later came into its own as a great sounding synth. The unique filter that allowed continuously variable operation from low pass to high pass gave it a sound that no other had. When multiple SEM's were connected into a 4 or 8 voice polyphonic system, it became a thing of beauty.

Accurately recreating the tone, waveshapes, multimode 12dB/octave filter and other detailed characteristics, SEM V delivers all the deep analog sounds that made its grand ancestor so unique and praised. Our voice programmer mode allows you to recreate the sound of the huge and rare 8 Voice.

Uber mine of sound

The SEM is known as a bass and lead machine but our recreation extends it well beyond the original. it's sound pallet extends to moving 8 voice pads , acid arpeggios and even electronic percussion.

"[The Oberheim SEM V] will be an excellent complement to other synths and soft synths - beautifully simple to use in the first instance, while offering greater depth when you're ready to take advantage of it. Oh yes, and then there's that sound !"
Sound On Sound
"I'm impressed by how well SEM V captures the sound of Oberheim hardware, and its extended features make it more flexible than its namesake [...] SEM V is one of the most genuinely analog-sounding soft synths yet. If you love the sound of vintage synths, SEM V should be a part of your virtual rig."
Keyboard
"The SEM V is a gorgeous-sounding synth and, crucially, like the original it’s fairly easy to get to grips with. You don’t have to be a synth wizard to tweak and design sounds, and it’s a lot of fun when you play around […] The new features – arpegiattor, sub-oscillator and three modules - extend the functionality of the instrument even further, and will surely help you get more out of what is already an excellent synth."
Music Tech
"An awesome synth which takes the Oberheim classic and expand it into a versatile all-rounder"
Future Music
"As a straight emulation of the classic SEM sound, the SEM V ticks all the boxes, but the software has so much more to offer when you explore it in greater depth : small but effective additions to the SEM design, advanced voice editing features and, of course, an excellent polyphonic mode. The range of sounds available is much greater than the SEM name might suggest, covering classic Oberheim ground and much more, and this makes the SEM V a great synth in its own right."
Future Music

While the SEM was a great synth, we wanted to make it even better.

We added new innovations like the sub-oscillator for deep basses. A second LFO with more waveforms, and the modulation matrix greatly expands the sonic capabilities of the SEM. Add to this the arpeggiator and Key Follow modulator and you get one super powered synth. 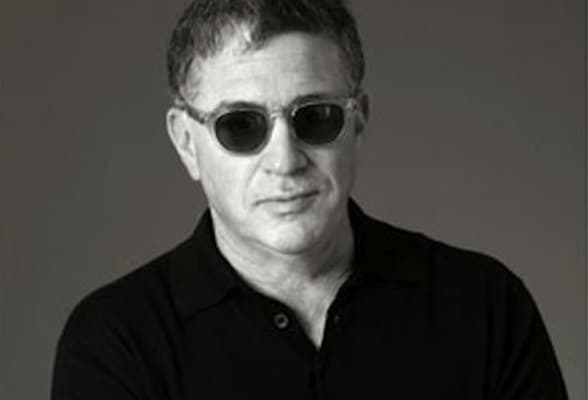 Arturia has done it again! I am proud to be a part of the beta testing for the Oberheim SEM V... the original SEM was one of my first and favorite synths. Arturia has nailed it ...plus polyphony without the tuning nightmare. What more can you ask for? 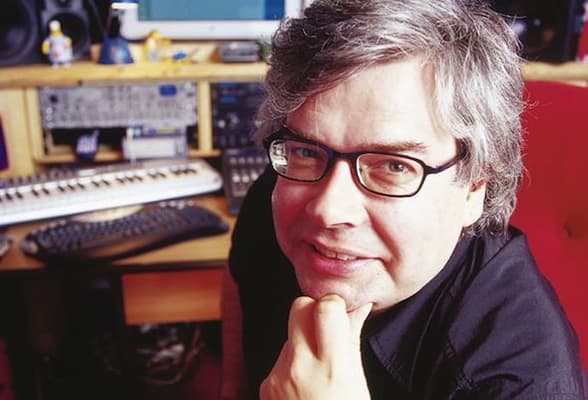 The return of the unknown classic! I used 2 of these SEM modules (salvaged from an 8 voice) virtually every working day between 1992 and 2005 in my studio. If i wanted a pulsey seq or arpegio type riff this was THE synth. Cuts through a mix great and like nothing else BUT VIRTUALLY NO ONE KNEW THESE LITTLE SYNTHS!!! (clients referred to them as "the white lads") An absolute classic that i am extremely glad has been virtualised and a true asset to anyones sonic arsenal. 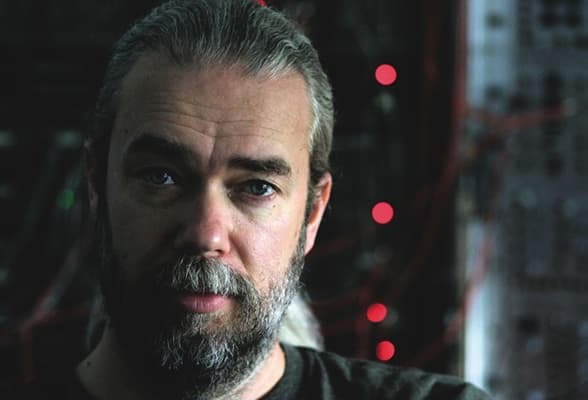 Analogue warmth & movement abound in the unique multimode filter found on the SEM and I'm happy to say that this has been faithfully recreated on the Arturia version of this venerable classic analogue module. The front panel of the SEM always had a beautiful simplicity to it that made creating your own sounds a breeze and the subtle additions that Arturia have made to this are well thought out and in keeping with the sound of this timeless classic synth. 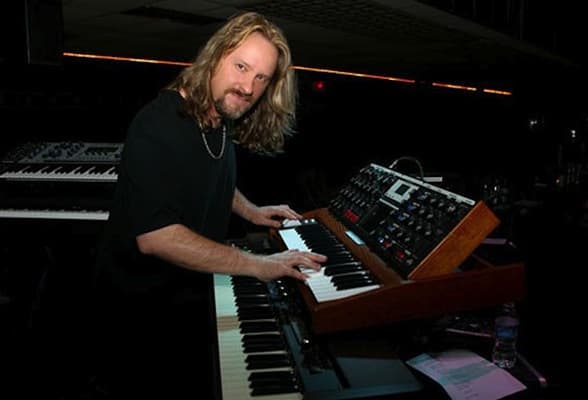 Arturia has once again delivered a faithful recreation of another analog classic with SEM V. SEM V is a highly musical instrument that evokes the original in so many surprising ways. The filter in all states sounds like the real thing, and they've even captured some more subtle details like the clipping of the envelope generators that adds to the signature sound of the original synth. I have been a long-time user of the SEMs, and about 15 years ago I spent a wheelbarrow full of money to have my several of my Studio Electronics rack-mounted SEMs further modified to bring out all their patch points from the original circuit boards, something the Oberheim people were nice enough to leave there for us. Then I built separate breakout boxes for the patch points as well as for little oscillator mixers, mults and ... wait for it ... suboscillators at both 8vb and 16vb. Now Arturia has added so many of these previously expensive and esoteric features to SEM V. No more metal shop visits or electrical engineer wrangling required! Imagine my delight when I first tried SEM V and found the control for suboscillators. Where were you guys 15 years ago ? 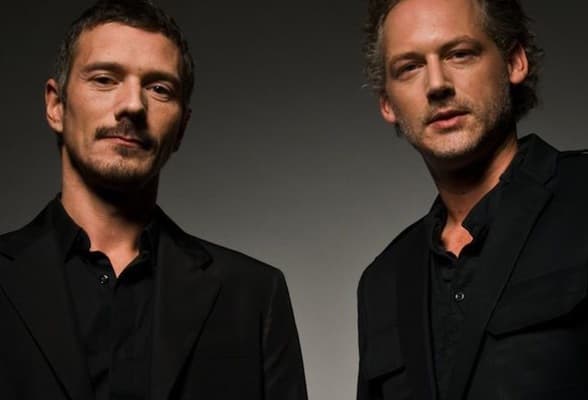 We have been using Arturia's instruments for quite a while now and it`s an excellent addition to our work. Their new Analog Laboratory is a very effective unit especially in combination with the original soft synths. 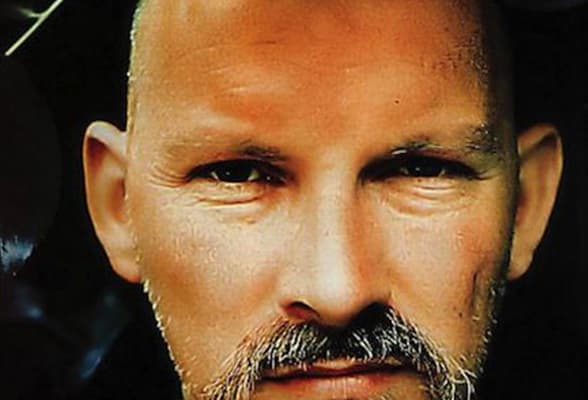 The Oberheim SEM V has a simplicity and elegance that was a feature of many 70’s synths. Arturia have managed to replicate these qualities as well as adding some very cool innovations to the original design. The 8 Voice programmer module in particular is a joy to use especially in combination with the arpeggiator, delivering beautifully evolving sequences and pulsating arps. A true classic in my opinion.

This musical piece is in memory of the brilliant Synth DIY Engineer/Musician Jürgen Haible.

This demo, in the fashion of 70's krautrock improvisations, shows typical Oberheim orchestral sounds generated only by one instance of 8 voices. The output is processed through the on-board overdrive and analog delay units to generate the typical dirtines

This track, in the techno vein, uses 3 different presets from the Oberheim SEMV: a classic acid bass line, a smooth arpeggiated melody and a full, rich pad using the SEMV's hard synced oscillator. All drums/percussion were created using the 909 preset in

This rich pad mixes a sawtooth with pitch modulation and pulse wave with pulse width modulation. You can hear the characteristic SEM filter sweep through band-pass, low pass, notch and hi-pass modes.

All sounds from this cinematic track come from the factory presets by Kevin Lamb. No external FX or channel EQ were used. Mod wheel and aftertouch used amply to morph sounds and show off features.

The Arpeggiator is used in combination with the 8-Voice Programmer module in order to create this lively and organic arpeggio. The continuous shift from one voice to another, through different settings of filter, tune, pan and volume generates a beautiful 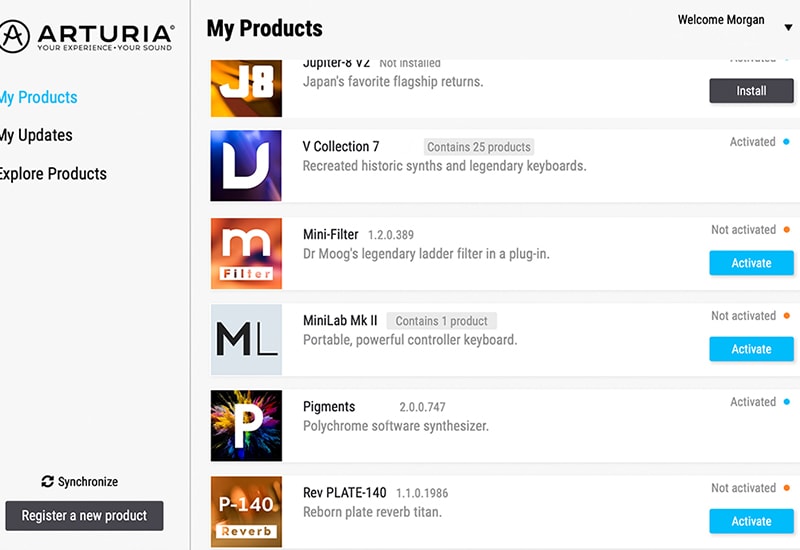 ASC is the central software that elegantly manages all your Arturia software licenses. It activates your licenses and synchronizes them across multiple devices (you get five instances with each instrument license). ASC also notifies you of updates and downloads them. You can even easily learn about new products, download demos versions and purchase the full products. Simple. 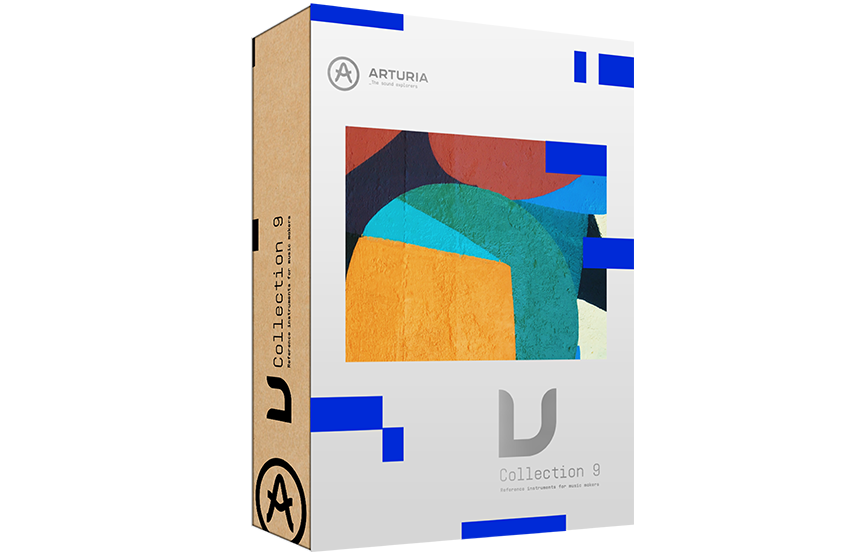 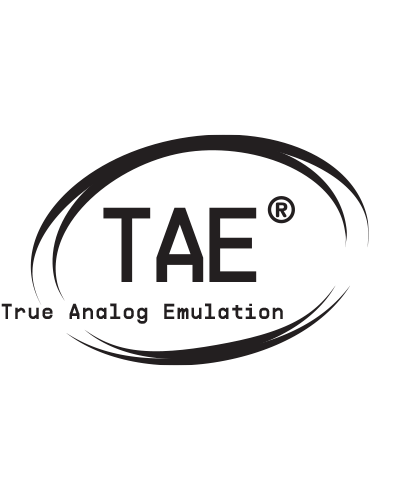 TAE® "True Analog Emulation" is Arturia's exclusive technology that accurately reproduces the defining sonic qualities of analog synthesizers. It recreates the characteristics of analog oscillators in amazing detail, transparency and clarity, as well as the exact properties of the analog filters that give each classic instrument its unique sound. Soft clipping adds even more punch and presence. TAE® is primarily what makes our virtual instruments indistinguishable from the originals. 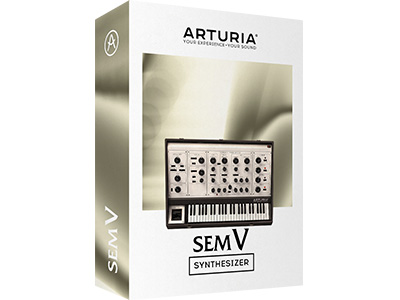 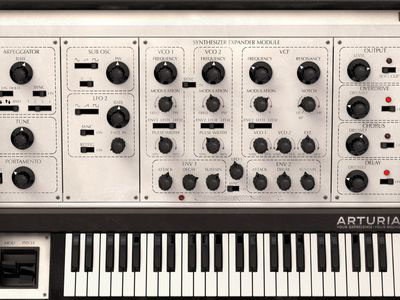 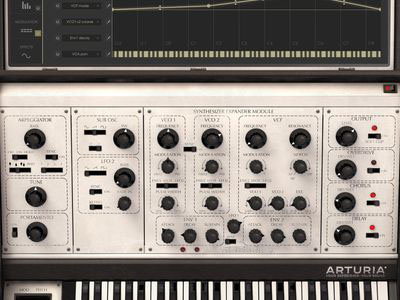 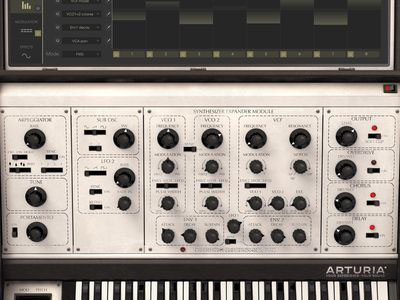 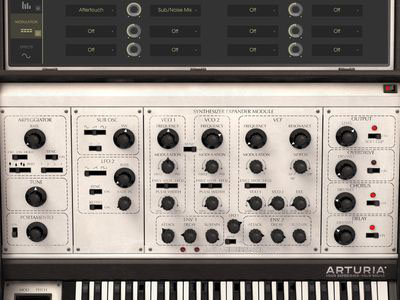 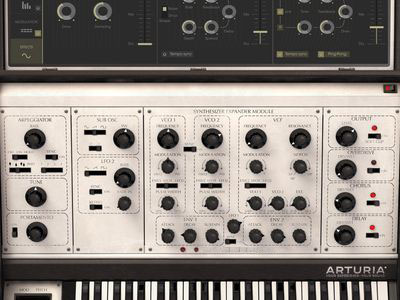 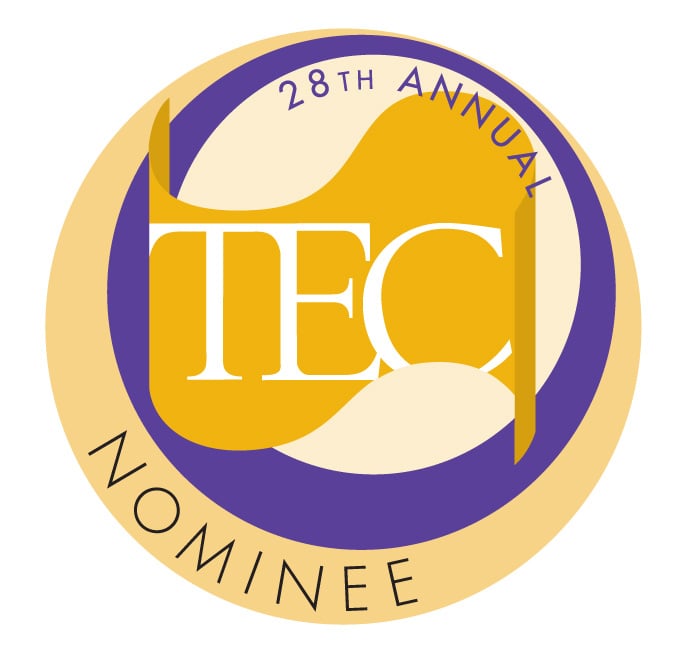