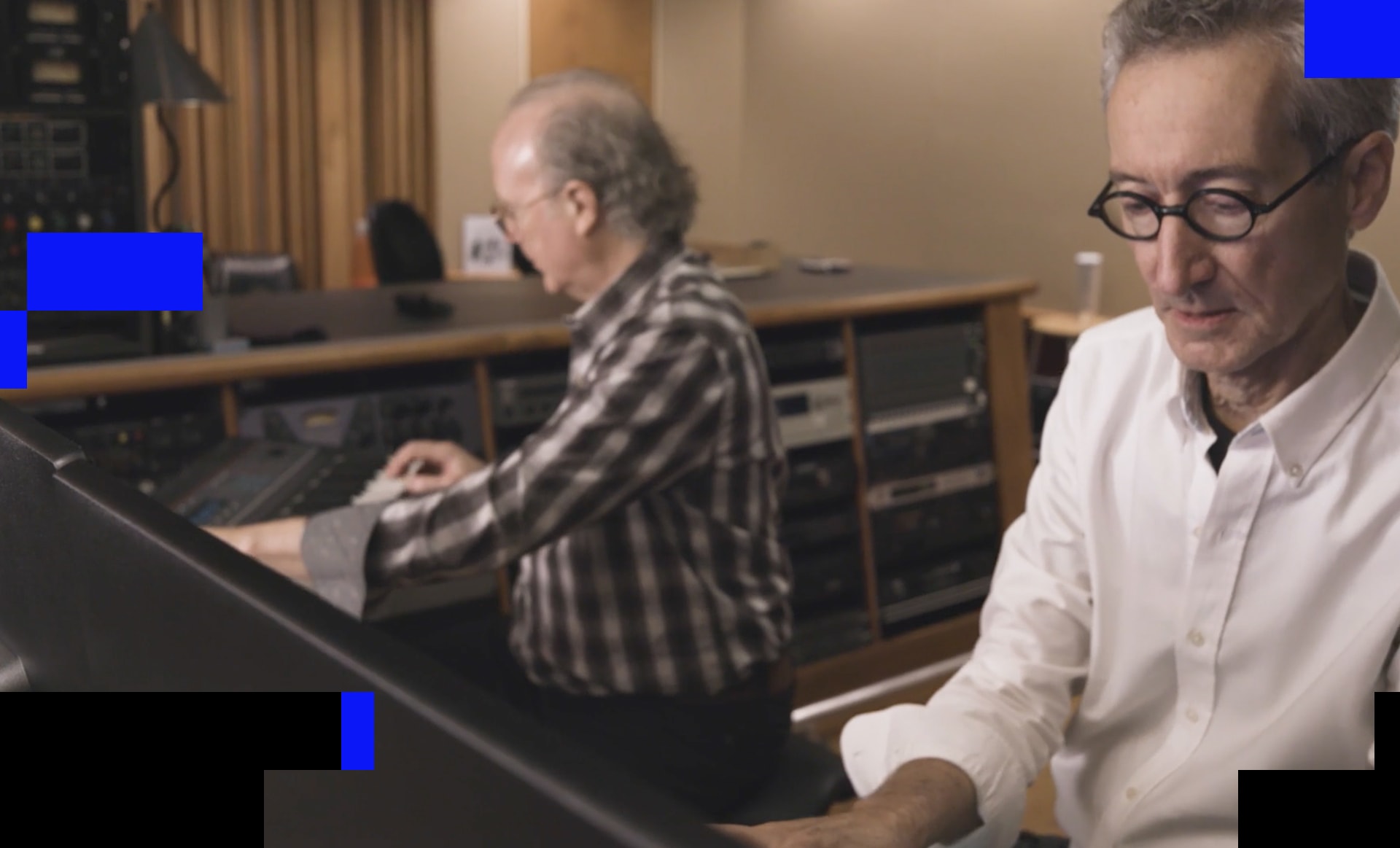 Ensoniq’s SQ-80 is a keyboard responsible for some of the most recognisable synth tones of the ‘80s, ‘90s, and beyond. Its combination of digital oscillators, analog filters, and a surprisingly intuitive workflow sets it apart from the crowd, both then and now. With SQ80 V, we wanted to resurrect this hybrid icon in all its former glory and more. We had the privilege of spending a day with two of the original engineers on the project, Bill Mauchly and John Senior, exploring their inspirations, the limitations of technology, and their insight into the process of designing a classic.

Ensoniq was founded in 1982 in Philadelphia by a group of visionary engineers, some of whom had come from MOS Technology - the company who made the circuits for the iconic Commodore 64 home computer.

These engineers had designed sound chips that had real potential to go beyond the computer market. The Commodore’s SID chip evolved into the DOC 5503 (aka the Digital Oscillator Chip), the brainchild of Commodore’s Robert Yannes and the sonic foundation for Ensoniq’s first generation of synth releases.

This was a relatively young company who, by entering the synthesizer market, faced fierce competition from the well-established titans. When software engineers Bill Mauchly and John Senior joined in 1984, the stage was set. The team had plenty of experience (both music and engineering), great chemistry, and a determination to succeed.

I don’t think I imagined when I was a kid playing the guitar that I’d end up as part of a team designing legendary musical instruments, working with technology, getting deeply involved with the progression of this world that we know of as synthesizers.

The tight-knit culture of the Ensoniq team meant that everyone chipped in, working towards a common goal. That goal wasn’t simply to fill a gap in the market, or to make a quick buck - as Mauchly notes, the team felt personally invested.

From the beginning, it was really exciting because we were making something we wanted. We personally wanted to have this keyboard, and it didn’t exist in the world.

The soon-to-be SQ-80 was what they were ultimately aiming for, but there were a few stepping stones along the way to their intended destination. The team came from an engineering background, and they had their innovative DOC chip ready to deploy. But the cost of the technology needed to reach their goal - combined with the shape of the market - meant that they had to bide their time.

When the company started, we first made a sampler because samplers were hot...but in the back of our minds, we were saying ‘we know how to make really good synthesizers’. We had not only the chip to do it, but also a few other tricks up our sleeve.

The Mirage sampler was unveiled in 1985, followed by the ESQ-1 in 1986. Both releases offered something a little different to the competition - different enough for Ensoniq to be taken seriously. The Mirage was a far more affordable sampler keyboard than the likes of the 5-figure Fairlight CMI, while the ESQ-1 is seen as an early example of a keyboard workstation.

The success of their early releases only added to Ensoniq’s momentum and determination. With the company now established and the cost of the necessary technology within their range, the stars were aligning as they had hoped.

We followed the technology curve of the ‘80s and ‘90s - microprocessors and memory became more powerful and less expensive. We could do more with these things.

This was still a small team working on a small scale, and in the absence of today’s instant-results computers, it was a labour-intensive process - Bill and his former Ensoniq colleague Al Charpentier joked about how long it took matching components by hand on a 12ft x 12ft schematic on their office floor. Still, they pushed the boundaries of the tech that was available to them.

We started adding additional technologies, proprietary technologies. Ultimately digital signal processing chips that let us have effects and that sort of thing. All that was an ever-expanding quest to realize our goals.

In 1988, the SQ-80 was born, the instrument that Ensoniq had been working towards since the company’s founding 6 years prior. Like the Mirage and the ESQ-1 before it, it entered a competitive market but brought something new.

Inside, it was different because we were using this wavetable oscillator. It was all multi-sampled sounds, so different waveforms on different parts of the keyboard.

It wasn’t just the contrasting nature of the digital oscillators / analog filters that set the SQ-80 apart. The fact that you had 3 of those oscillators, and a multitude of different waveforms to assign to them, meant that you had an unprecedented range of timbres at your disposal.

You could put stacks of different waveforms at the same time - strings, brass, even drums. The idea was that if we can get all those instruments in there and have an easy-to-use sequencer at the same time, it would be like a workstation.

One of the major challenges that musicians faced when working with the digital keyboards of the ‘80s was their complexity. Fiddly menus, sprawling interfaces, tiny screens. Bill and the Ensoniq team sought to change that with a clearer interface that allowed for quicker, easier editing.

Once we settled on the larger display, we got the idea that we could have enough buttons to select a page and easily edit stuff. The bigger display was a key feature - and the soft buttons!

Thousands of unique waveform combinations, an intuitive but powerful synthesizer, a crunchy sound with analog flavor - and above all, a synth workstation that wasn’t a nightmare to program. From the visionary engineering responsible for the best-selling computer of all time, to the team’s convergence of technical expertise and musical passion, the company’s penchant for innovation was clear. Every release was a thrilling opportunity to push the boat out; the SQ-80 is the perfect example of this.

We were all excited whenever we released a new product. The polyphonic pressure keyboard was an innovation, [as was] the increased sound quality and the variety that was included in the SQ80.

SQ80 V is a faithfully reverse-engineered software version of the instrument that Bill and John helped to create over 3 decades ago. Emulated down to component-level accuracy and enhanced with cutting-edge features for modern producers, it offers an immersive virtual experience of this iconic synth - in a way that we hope pays deserved homage to the original creators’ inspiring vision.

I don't know that I would’ve thought that here we would be, decades later, with a virtual emulation of a product that we designed, doing things that we never really considered that it could do!