SOUND FROM SPACE
The story of ALMA Sounds, and Arturia's latest star-spanning adventure

ALMA Sounds is a meeting point between radioastronomy captured by the Atacama Large Millimeter/submillimeter Array (ALMA) and musical creations made from observations taken from the most important radiotelescope in the world.

It arose from the recurring curiosity of artists and astronomers
to understand and transcend the Universe.

The project came to life with the arrival of the Sonar+D music and innovation festival in Chile: the perfect environment for astronomers and musicians to seek out a common language. Arturia has created 5 new iSpark/Spark kits called the ALMA fragments, taken from the sound of the waves of the Orion Nebula. We spoke to Antonio Hales - Scientific operations astronomer for ALMA - about the project, and his collaboration with Arturia. 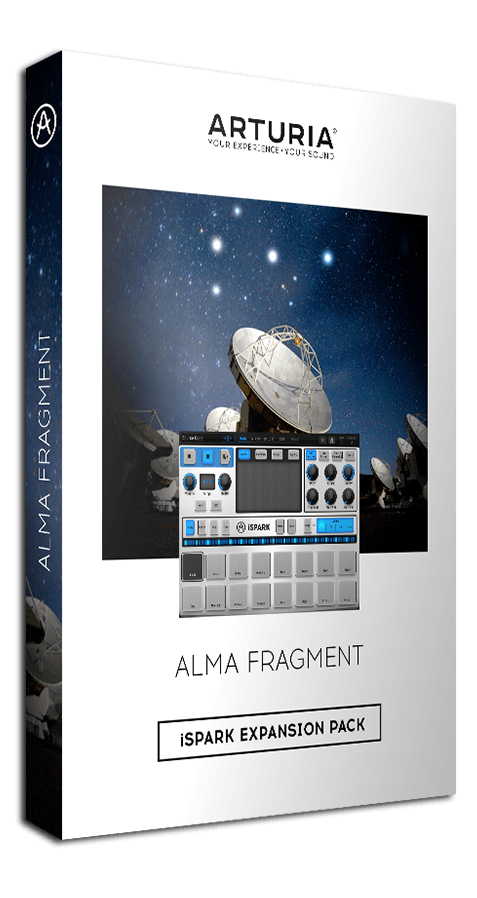 Arturia and the ALMA Sounds project are proud to present the ALMA Fragment for Spark.

This collection of totally unique sounds has been beautifully rendered by Arturia's in-house sound designers, emphasizing their distinctive tone to create a fun, inspiring, and usable sound set.

The 5 kits contained within the ALMA Fragment are named after celestial bodies in the constellation of Orion, the distant origin of these incredible sounds. The frantic, high-energy pulse of Bellatrix and Saiph lend themselves perfectly to driven electronica and techno, while the sparse, textural signals of Mintaka and Rigel are great for slower down-tempo and ambient music. The Catasterism kit - named after the mythic origins of stars and constellations - is the most musical and processed kit, a great all-rounder that can compliment any style.

Using Spark 2 and iSpark's powerful creative tools, you'll be able to make amazing other-worldly rhythms, soundscapes, and songs using sounds that are truly original. These sounds have taken over 1,300 years to reach you, don't let them go unheard.

A highly musical showcase of the most inspiring ALMA Sounds

Get the ALMA Fragment by clicking on: 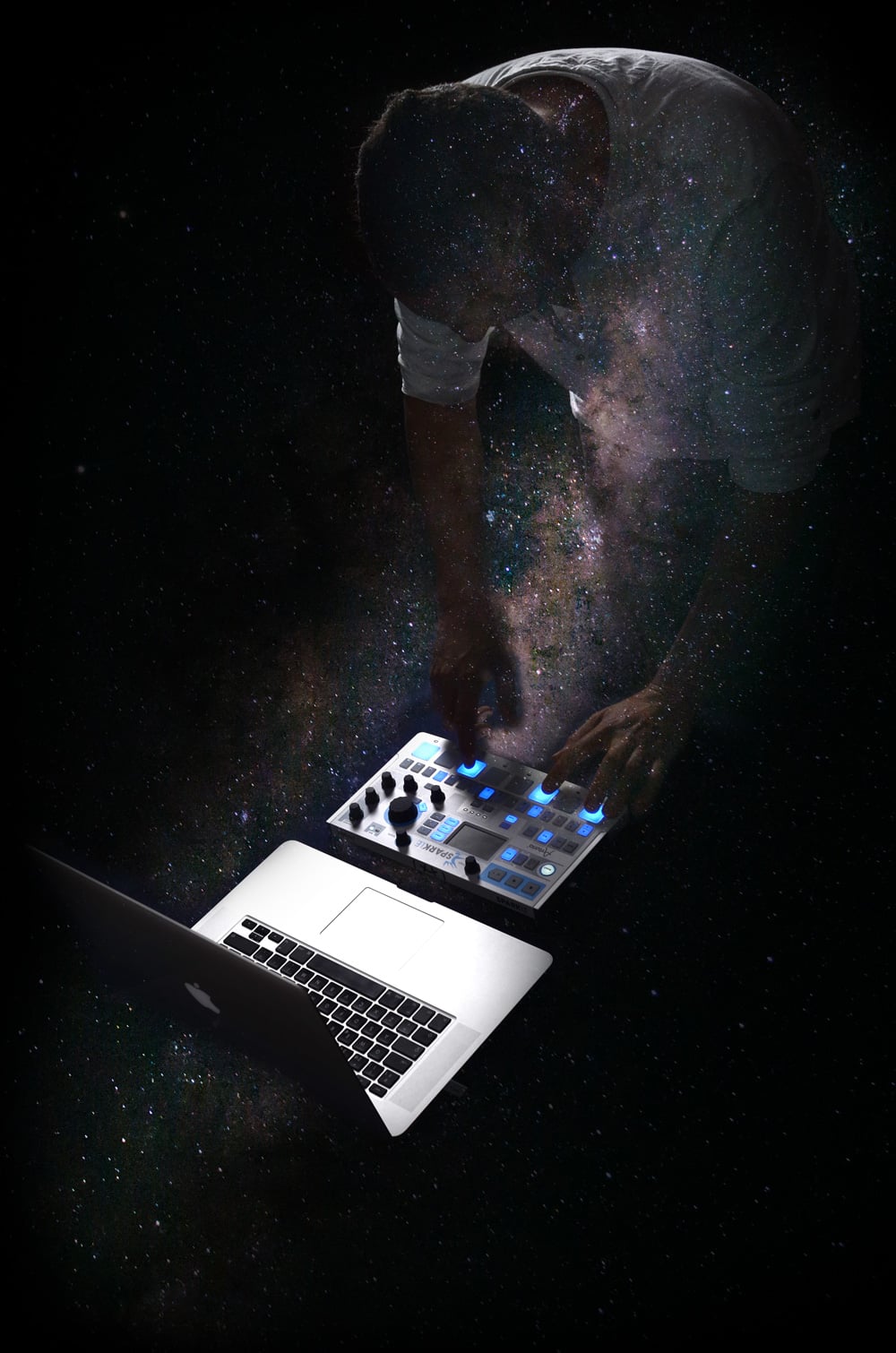 the study of the formation of planetary systems. Using not only ALMA, but also optical, infrared and space telescopes he has authored over 60 publications. His dedicated outreach work is reflected in his many public talks including TEDx, media appearances, and recent cross-field works with artists and musicians

“In 5 words or less? Drumshot soundbank from ALMA Signals”

It’s a well known fact that you can’t hear anything in space due to the lack of air, the medium through which sound travels. “Sound waves have a completely different nature than radio waves” notes Antonio, “the challenge lay in maintaining the cosmic nature and scientific rigor when transforming the data, while considering that the sounds must also be pleasing to artists and the general public”

To create the fascinating, unique tones in the ALMA Sounds project, the data in the astronomic spectra captured by the ALMA radiotelescopes were converted into a sound pattern. The first stage of the project used waves detected from the Orion nebula which were captured in January 2012 using 16 antennas. The original use for this data was the pursuit of scientific advancement, but Antonio saw a unique opportunity to inspire musicians around the world.

To facilitate the creative process for artists and musicians using ALMA Sounds, Antonio separated the sounds into 3 groups according to their frequencies: high, medium and low.

Aside from requiring the most powerful radiotelescope array in the world, the process of creating the ALMA Sounds library was a relatively simple process. The musical aspect of the project was completed using regular computers.

Arturia approached Antonio and the team at ALMA to collaborate, and to bring his unique, out-of-this-world sound library to Arturia’s award-winning Spark family.

“We welcomed their interest, since the SparkLE is an excellent platform for expanding the reach of our project. With this synergic initiative.”

“ We want to bring the music and science communities closer.” 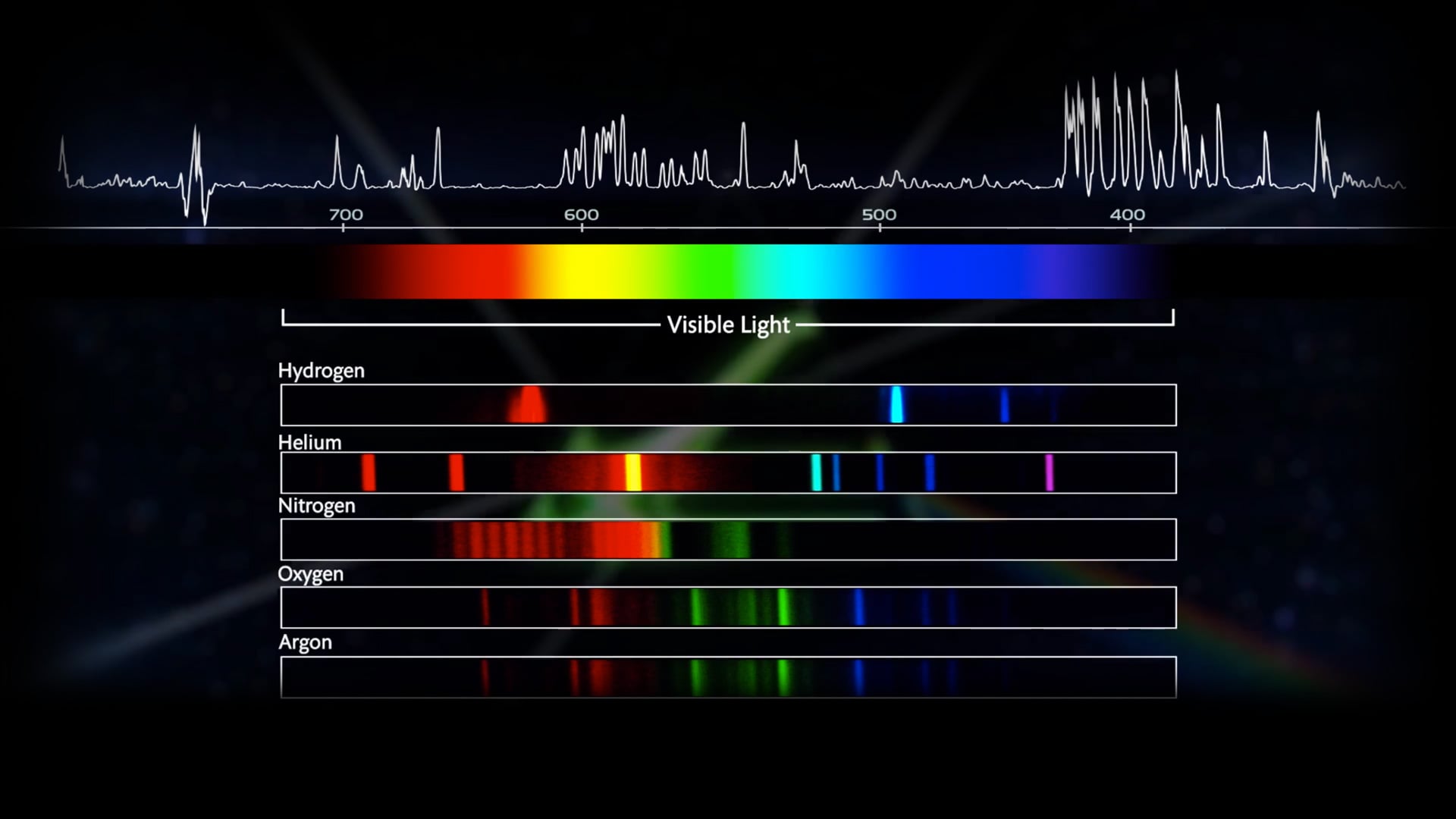 Due to the amazing nature of how the signals for the ALMA Sounds project were captured, artists using the samples will be creating music and soundscapes with the oldest sounds currently available. “The first sound bank uses data from the Orion Nebula, located at 1344 light-years away. That is, it took 1344 years to the light from the Orion star forming region to reach us.” That means that the waves used in the ALMA Sounds collection were emitted in the 7th century, probably around 668 AD. It doesn’t get more retro than that.

The original ALMA Sounds samples are raw, created by the superposition of sine waves where the relative amplitudes and frequencies of each sine component are identical to the amplitudes and frequencies of the ALMA data. This is then transposed to frequencies that are audible to humans. “The original sounds are very raw” remarks Antonio, on hearing the specially created ALMA Sounds Spark kit, “I think Arturia did a ‘jewellery job’ in producing the Catasterism sound bank for the SparkLE based on the original ALMA sounds.”

As part of Arturia’s creative process, several of our skilled in-house sound designers enhanced the musicality and the original ALMA Sounds to create a Spark kit that is inspiring to hear and satisfying to perform.

“The original sounds are very raw”

Music from beyond the stars

We asked Antonio if there was any particular band or artist he would most like to use the ALMA Sounds library.

“It would be nice to hear something by Brian Eno. He visited our stand at Sonar 2016 in Barcelona.”

Antonio also assures us that more sounds are on the way, and that the ALMA Sounds project will be expanded with new data acquired from space. “As ALMA data on other astronomical sources becomes public, we are processing their spectra and expanding the library of ALMA sounds.”

At the time of our meeting with Antonio, world news was full of headlines about the possibility of contact from space, with a paper by EF Borra and E Trottier saying that Earth had almost definitely received alien signals. We couldn’t pass up the opportunity to ask a leading expert on space signals what he thought.

“I do not think that Alien signals are the necessary explanation for the unknown signatures Borra & Trottier claim to find in the spectra of their sample. I think that an intelligent, friendly civilization would be more direct if they wanted to talk to us. And if so, I would love to know what they think of our samples!” 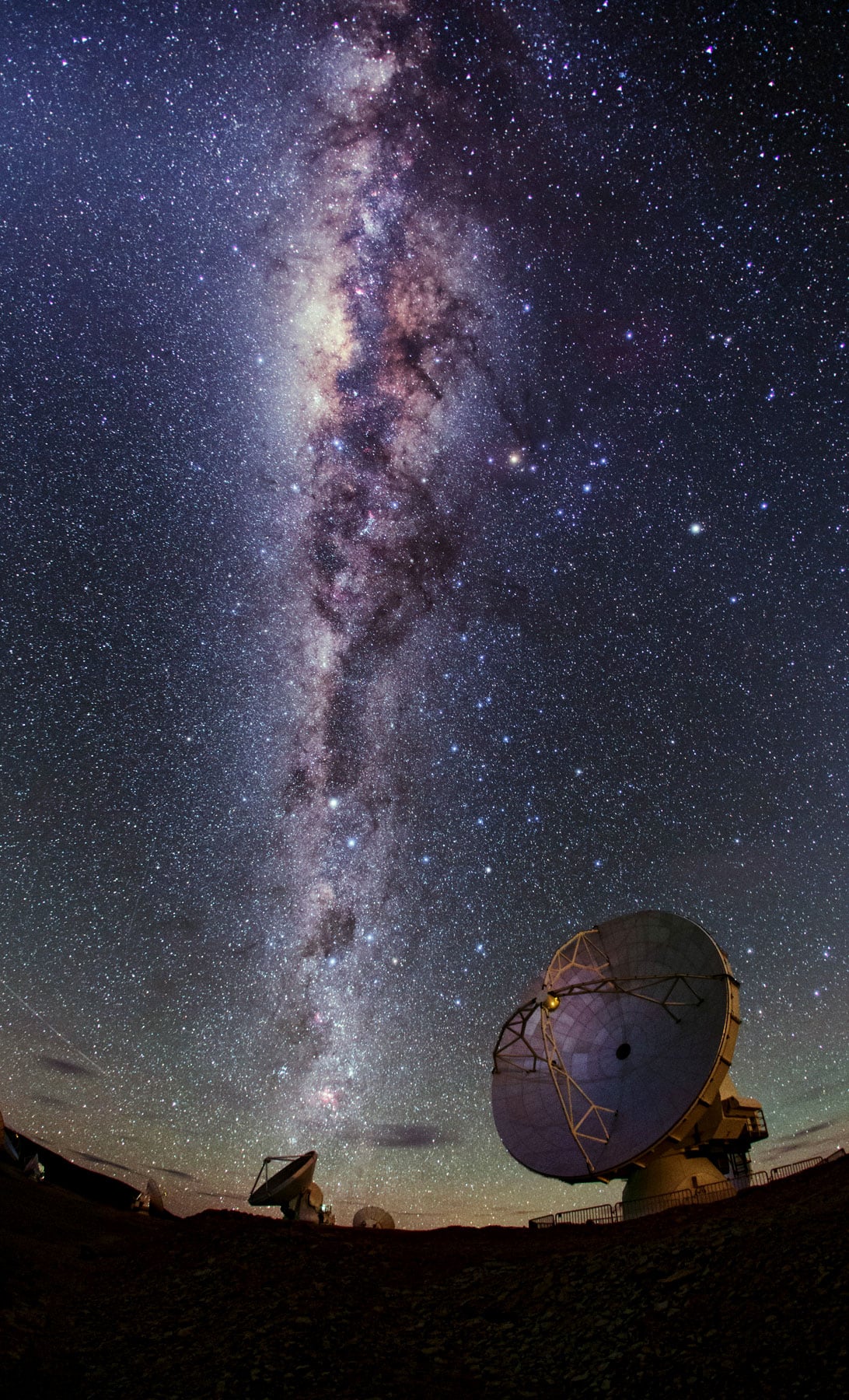