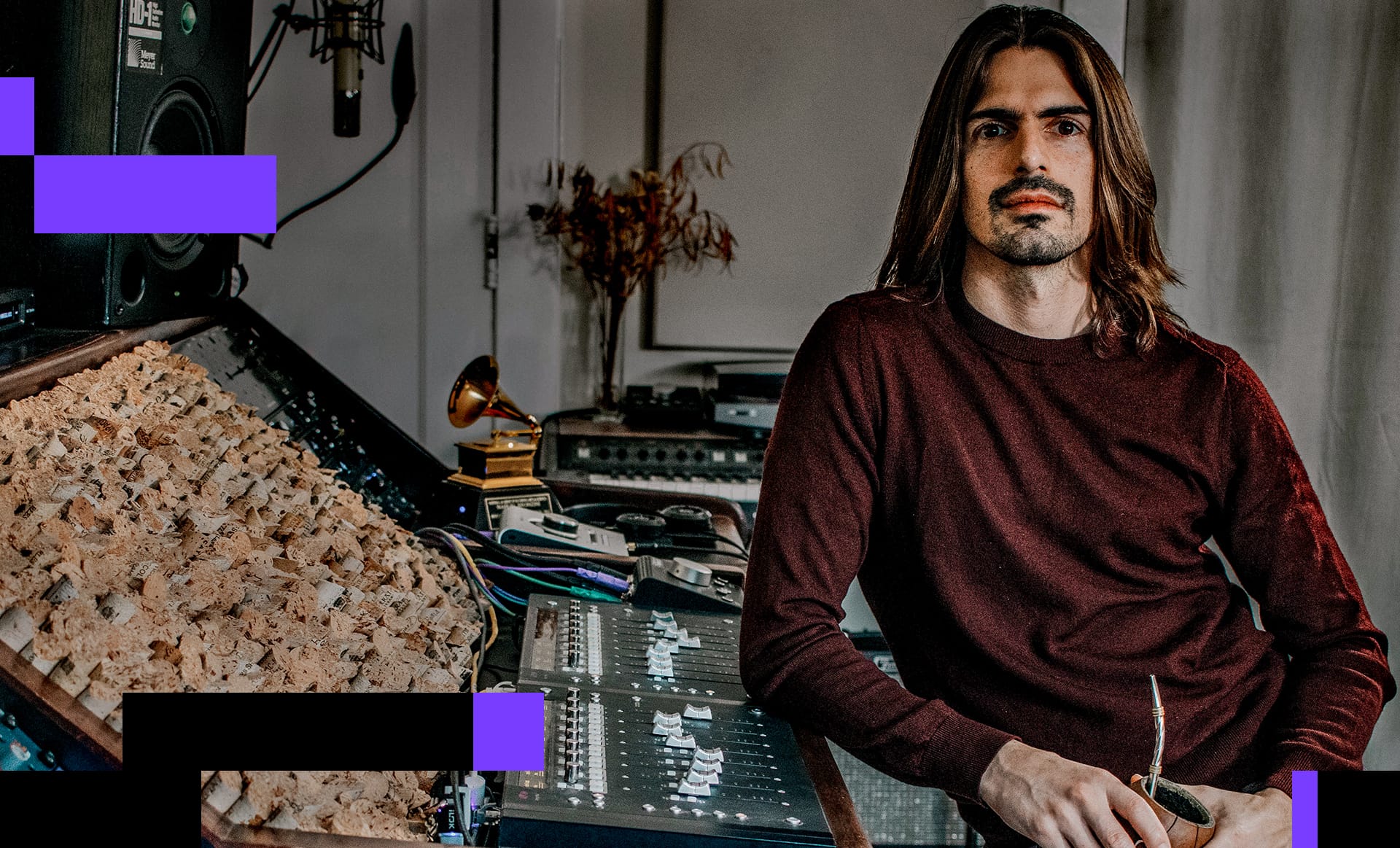 Painting an authentic sound with a two-time Grammy winner

Nahuel Bronzini is an arranger, producer, songwriter, and engineer with a studio based in Berkeley, California. Having studied at top music institutions in Argentina and the US, he’s well-versed in the subtleties of the musical craft. We caught up with Nahuel to get his expert insight on how he uses FX Collection 2 to create musical soundscapes of stellar quality.

As we listen to ‘The Problem with Love’, one of Nahuel’s latest songs, he turns to reflect on how the layers of music production all link together:

To me, music production, mixing, and music creation are all kind of part of the same thread. I don’t really see a clear distinction between them, and that’s how I work - straight from the inception of a musical idea until the final product.

Working with a guiding philosophy throughout a creative process can be a good way to anchor a production. But the nature of music means it’s alive - and even becomes a form of theatre:

I see recording as another form on its own, where we’re trying to create this very dynamic painting of real life in a way, where we may over-emphasize some elements, and make it almost theatrical.

He describes this process as an augmented reality for the sound dimension, an experience waiting to be created. To plunge into that process, the right tools are key:

Something that I’m really interested in is plugins and tools that enable me to create those things, to allow me to go fast and create on the spot with the very first seed of the song.

Directing the waves of a mix

We’re diving straight in with looking into how the FX Collection 2 plugins were used in the production process and the final mix.

The Wurlitzer was recorded with one mic, tingling the ears with a slight tremble. With the MEMORY BRIGADE Delay, Nahuel added ‘width’ and ‘blurriness’ to it. ‘It’s like a short delay that adds a bit of motion to it.’ He says it’s something he added early on to have a ‘textural’ dimension to the instrument.

The FX Collection 2 plugins with expandable areas are Nahuel’s favorite, especially the one with an LFO incorporated in it. He manipulates the feedback to play with the number of repeats of delay as the melody progresses.

The cool thing about this is that it doesn’t only have delay left and right, but it also creates another layer of motion.

In the chorus, there are two hollow-bodied guitars playing a similar part in different registers to achieve a varied sound. At this point, the track enters a ‘dreamy’ mood, something Nahuel enhanced with DELAY TAPE-201.

As we hear one of the guitars slightly out of tune, he shares a cheeky tip:

If something’s out of tune, sometimes I just put more chorus effect on it, and nobody notices.

A beginner producer might think that the perfect tuning and the perfect sync will sound right - but this is not necessarily the case:

I don’t always use tremolos all the way synced to the tempo. Sometimes I do, but in this case, it didn’t really matter to me, I just wanted something that was kind of on its own wavelength.

Listening to the whole chain and then breaking it down is one of the best ways to learn what goes behind producing an organically-sounding mix. Using a delay and then applying a reverb is one of Nahuel’s go-to tricks. In this case, it’s the REV PLATE-140 that does its magic on the electric guitar in the chorus. Then, Nahuel uses EQ SITRAL-295, a plugin with a ‘very cool top end’ to ‘open the sides’. He’s got a soft spot for EQs:

I can never have enough or too many EQs with different top shelves. Each top shelf has an identity on its own, and this one is really subtle in how it does things - or it can be aggressive if you push it.

In this track, it opens up the ‘dreaminess’ of the guitars.

With DELAY TAPE-201, the producer turns to the LFO’s expanded feature again. He changes the speed of the delay of the repetition - and with a different delay speed, pitch changes, which is a desired effect in this case. Sometimes, attacking fire with fire works in music production - instruments out of tune will sound right with intentional detuning around.

Serving beats on a Plate

Making sure the Plate is not as wide as the Delay causes the Delay to be on the sides. It then goes up into the Plate, with the Plate being narrower, creating something that Nahuel describes as a ‘centered tunnel of cloudiness’. The EQ then opens up the sides on the top, with the ‘shimmery’ layer becoming expansive.

Time to expose the magic behind processing the double vocals. In the verse, the background vocals sounded ‘a bit too present’. To blend them into the mix more, DELAY ETERNITY did the job smoothly:

This sounds like it could be in the same room, right? It brings the vocals further back in the mix, and it makes it a little more hazy. And it’s just the right amount, so the subtle vocals stand out, but you still get the thickening of the doubles.

With Nahuel playing the bass line and his friend McKay Garner on drums, the drums are receiving some serious Bus processing. The COMP DIODE-609, a plugin that emulates the legendary Neve® 33609 Diode Compressor and Limiter, is the tool that finetunes the drums:

I’m doing very subtle stuff with it, but of course, you can really push your drums more if you want it, for a different context.

A good mix will sound spatially natural. Listening to the kick, the transient of the beater of the kick, and the snare separately without the plugin points to a clear harshness, as if the layers were almost cancelling each other out.

I have quite a bit of the close mics ups - they start to poke and feel a little bit out of context. And as soon as I turn this on, everything feels like it’s in the same space somehow.

Making use of the Advanced panel is another way to make a mix sound pristine and polished. It’s a nifty set of tools -

especially having the high pass on the side chain, so they’re very deep low end of the kick, it’s not really making the whole compressor act out. I’m also emphasizing some of the mid range, the top upper mid range.

That means that when the brighter part of the snare hits, it’s brought down slightly.

Utilizing a tool that makes all the difference while making the end result sound seamless is a sign of great mixing:

It’s cool because the COMP DIODE-609 keeps unity gain, so you can just play with how much you wanna push it. But it’s still subtle, you can see I’m not compressing too much.

May the (Bus) Force be with you

At a first glance, the Bus FORCE is rich in features.

There’s a lot of things here. It’s got a multi stage channel strip and an EQ section, where you can drive different bands.

The compressor in the Bus FORCE is inviting, but Nahuel is not using it in this case as he’s already compressing it with the COMP DIODE-609. His favorite part is the Saturation section thanks to its ability to ‘really shape the tone of things’, in terms of the harmonics and how many overtones are added in the mix.

When a plugin is effective, flexible, and has endless creative uses - that’s the dream.

You can route it in so many different ways. It’s got a lot of texture, a lot of vibe, you can push it much more.

But knowing how much to apply in what context is what creates the smoothest results: 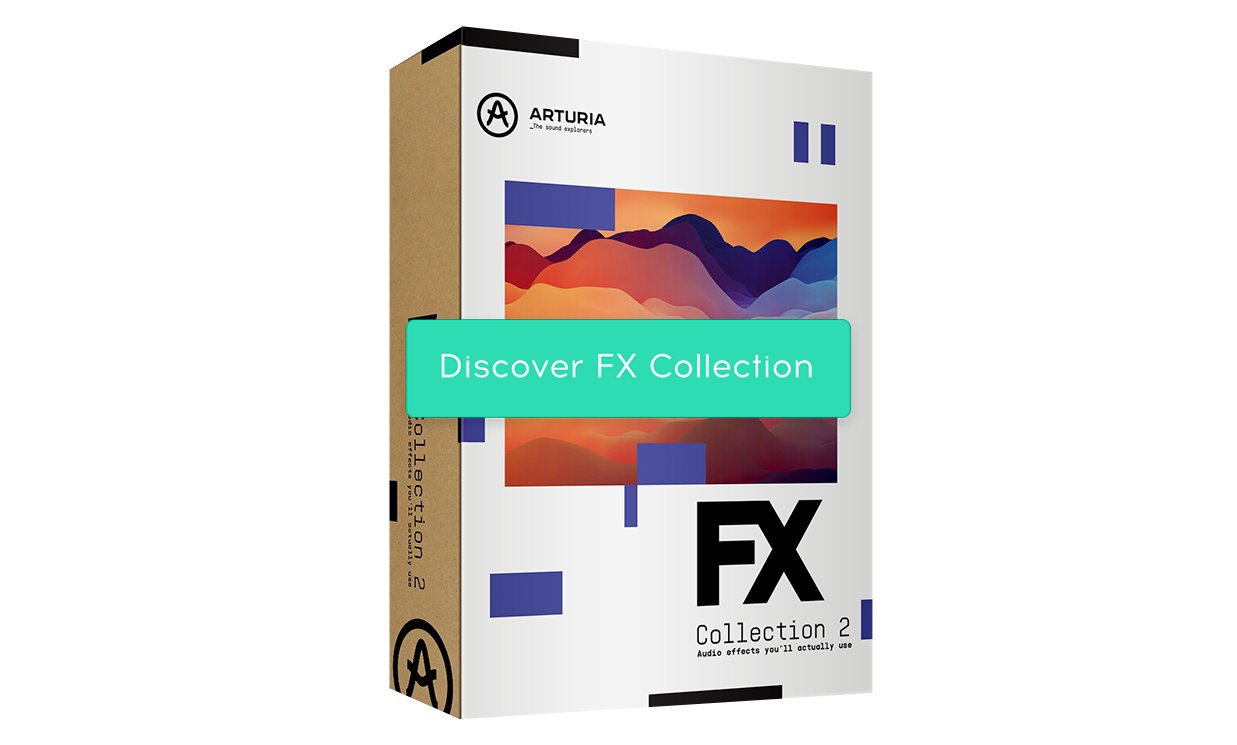 This is just more of a subtle tune, a subdued kind of pop / soft rock vibe, so I’m not gonna do too much with it. But it’s certainly gluing things together really well.