Having produced video game soundtracks for the ‘Halo’ series and the Tom Clancy franchise, Tom Salta is a creator of truly epic, soulful music that fills its listeners with deep suspense and hope.

We sat down with Tom to hear about the way he evolved his sound over time, changes to his studio setup enabled by virtual instruments, and his long-term history with Arturia. 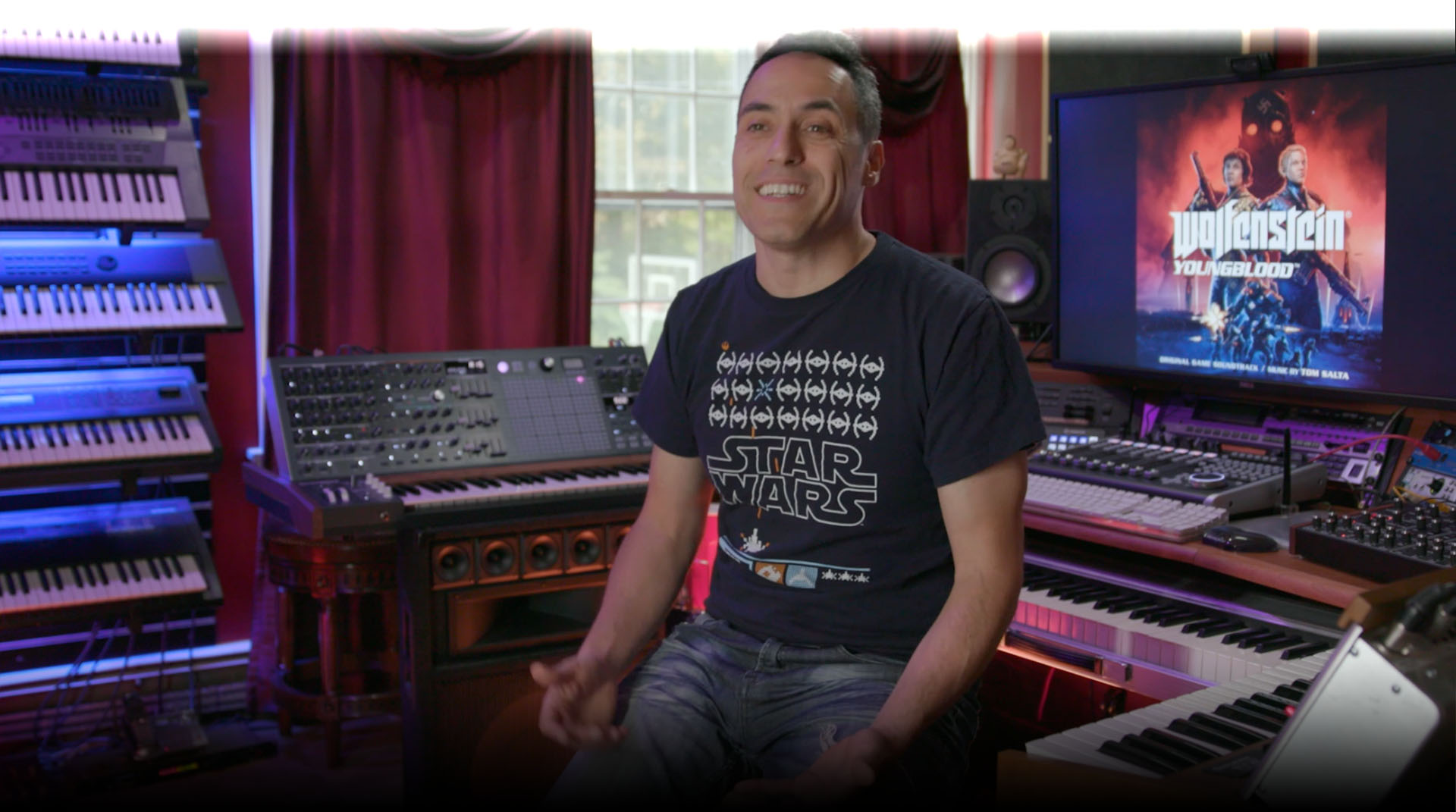 For the first 15 years of my career, I was mainly in the record business. I spent a lot of time on tour and then I got back into record production. At that time, I was also playing video games like Halo, Rainbow 6, and Prince of Persia, and it wasn’t until 2001 that I actually fell in love with the idea of doing video game music.

There was something about it that just drew me in.

I first discovered Arturia in 1999, right on the cutting edge of virtual instruments. I just love it because it gives me instant access to synths that I would have only dreamed about having access to back when those synths were available.

In the Wolfenstein soundtrack, I was going for technology only available in 1980. I was limiting myself to things like the Prophet, the ARP 2600, and the Synclavier. The way I wanted to approach it was to come up with an authentic collection of instruments and signal chains. That’s where Arturia gave me a huge leg-up because I don’t own a lot of that stuff, like the Fairchild, the ARP 2600, or the Synclavier, and the list goes on and on.

It’s amazing to see how much a studio has changed. If you look at my studio, it probably has the least amount of gear that it’s ever had.

But because of virtual instruments, I have a whole museum of endless gear that I can call upon that is all right there in a computer.

I allow myself that phase to explore, experiment, and assemble a palette of sounds that works for whatever I’m doing. Arturia was a huge part of that and gathering together patches that really capture the atmospheres and the textures that I wanted to create.

Because I’ve played so many games over the years and have played games that I’ve done music for, I’ve learned from experience what works best and what doesn’t work best. That gives me experience to judge how to improve and how to do things better the next time. 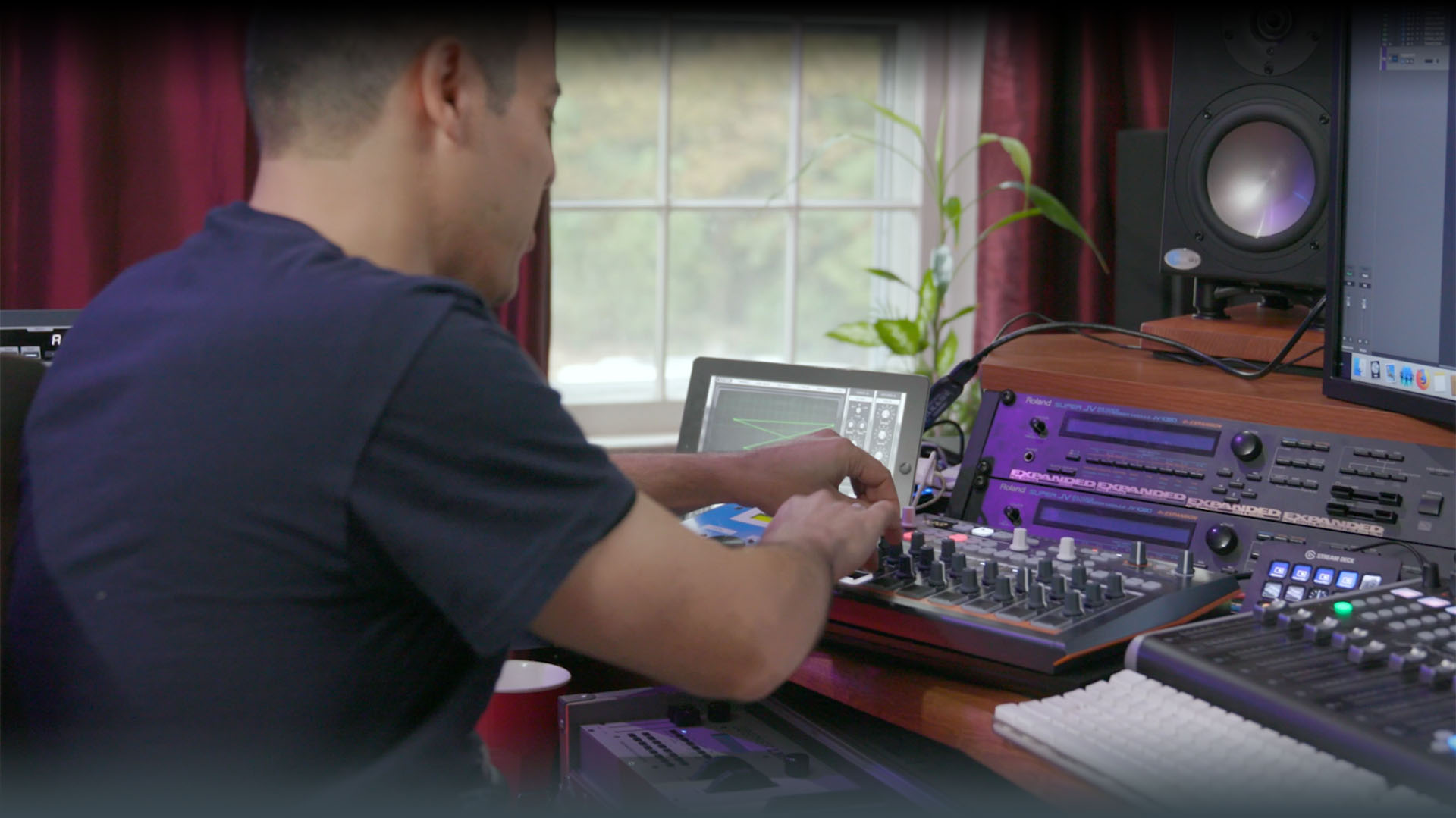 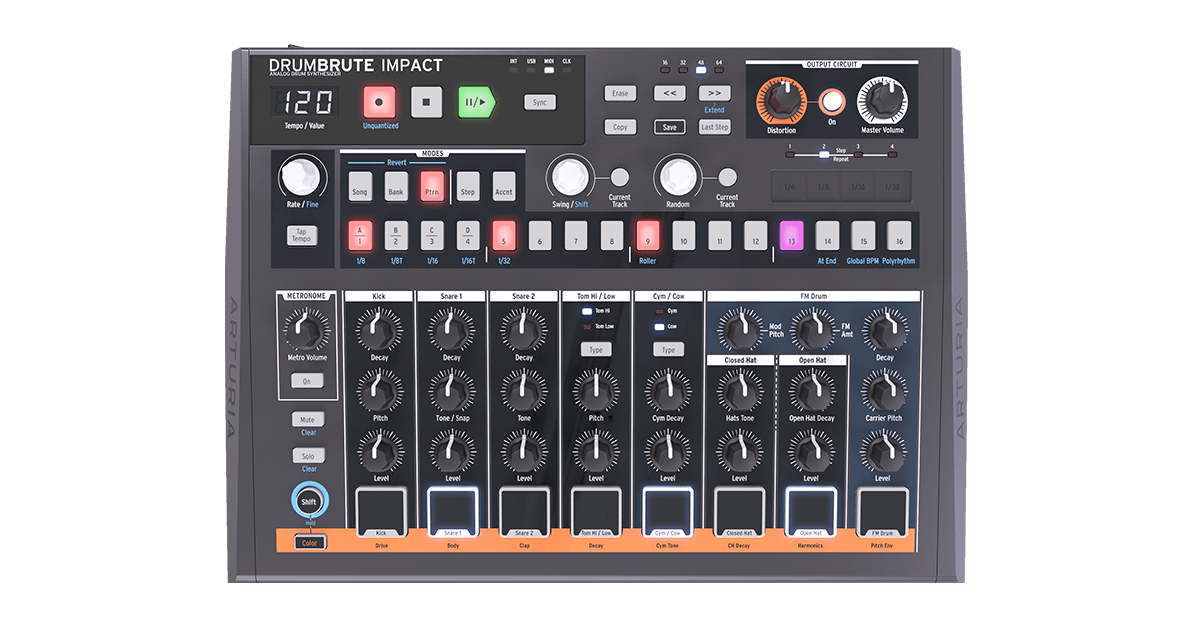 I just love this thing, it has so much attitude. It’s a great retro-sounding drum machine. 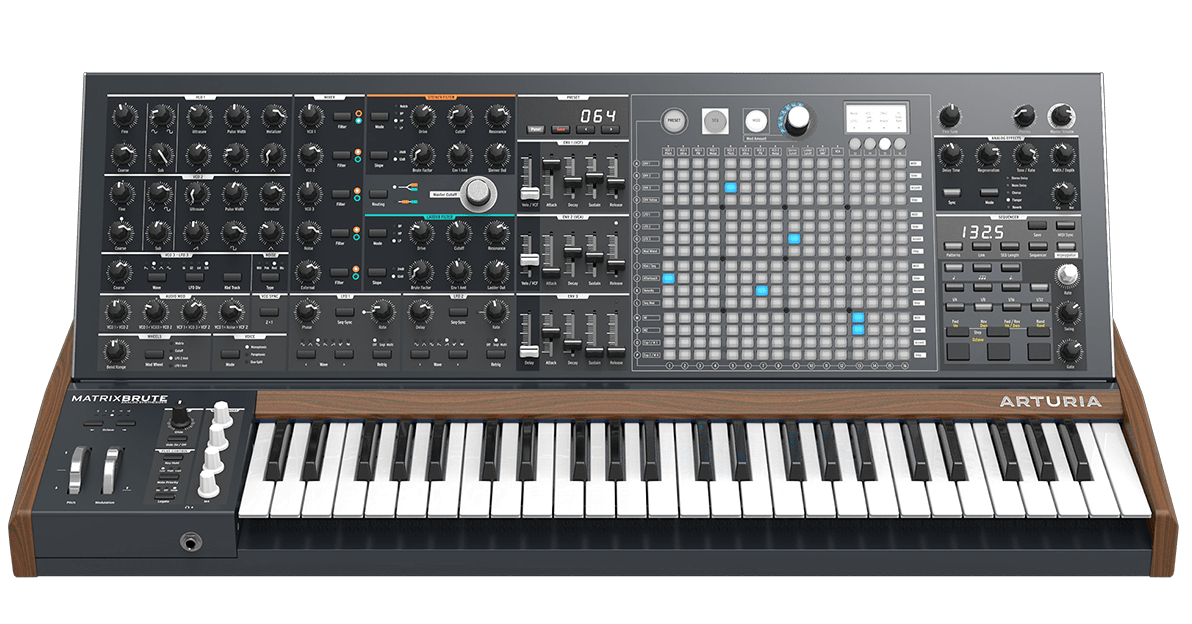 The scariest beast of all is the MatrixBrute. That thing’s amazing because it brings a flexibility of modular synthesis but the convenience of digital patch saving, so I can still have that serendipitous patch creation where I can just turn knobs, not know what I’m doing, and come upon something that sounds great - but then recall it. Because if you’re just using modular synths and you have all those wires and you find something you love, you better take a lot of good photos because you’re never gonna get it back again. But with this thing, I can save it, I can recall it, and it’s right there.