KeyStep is a new breed of portable musical tool combining the functionalities of a keyboard controller with a polyphonic step sequencer to control both analog and digital devices. 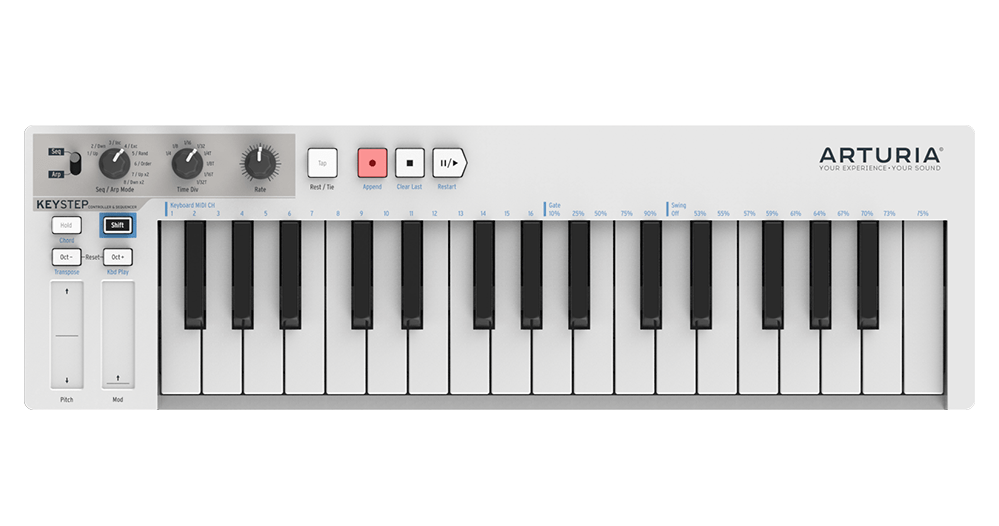